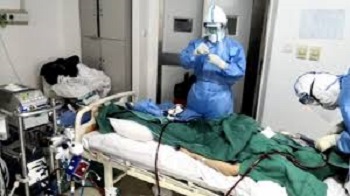 LAHORE: The health department has traced 1,500 “hidden confirmed cases” of Covid-19 patients who were in close contact with the Pakistani citizens returning from abroad.

Most of these cases were traced in the provincial capital, Lahore, Rawalpindi, Gujrat, Gujranwala, Multan, besides a few from Faisalabad.

The teams working under the Central Contact Tracing (CCT) unit of the primary and secondary healthcare department complied details of these 1,500 people who tested positive for the virus.

Special secretary of the P&SHD Dr Ajmal Bhatti said that all the hidden cases traced by the CCT unit were close contacts of the overseas Pakistanis who had returned home during the pandemic. Some of these patients got infected by the pilgrims returning from Iran and the members of the Tableeghi Jamaat who tested positive, he added.

He revealed that many of these patients had deliberately been avoiding tests, while others were unaware they were carriers.

After screening of all these contacts, including women and children, 1,500 of them turned out to be positive for the virus, he said, adding that it was a massive activity that was done in collaboration with deputy commissioners and police.

“Had these patients not been traced and quarantined, the number of the positive patients in the province might have been much higher”, the special secretary said.

Meanwhile, the Punjab province reported the highest number of death 26 in a day on Thursday, besides 504 new confirmed cases of the virus.

Out of the 26 victims, eight each died in Lahore and Multan, four in Gujranwala, three in Faisalabad and one each in Muzaffargarh, Rawalpindi and Sargodha.

Similarly, 239 out of 504 new cases, were reported from Lahore, while most of the others from Gujranwala, Gujrat, Rawalpindi, Faisalabad, Multan and Bahawalpur.

According to the official figures, the total death toll in Punjab has reached 182 and new cases to 9,195 so far.

The spokesperson for the health department said on Thursday that 22 more patients turned critical in various public sector hospitals of Punjab during the last 24 hours.

Lahore was still on the top among the cities where virus-related deaths were being reported, with 68 deaths so far, followed by Multan 34 and Rawalpindi 31.