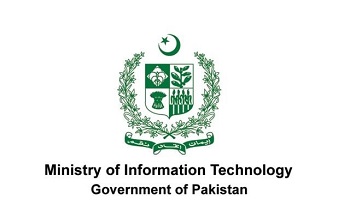 KARACHI: Over 5,000 individuals at risk of contracting Covid-19 from across the country have been identified by the government’s trace and track system.

Last week, Prime Minister Imran Khan announced that the government was using a tracking system that was originally developed by the intelligence agencies to combat terrorism. “The Inter-Services Intelligence has given us a great system for track and trace,” he said during a live TV telethon. “It was originally used against terrorism, but now it has come in useful against coronavirus.”

According to Shabahat Shah — head of the National Information Technology Board (NITB) which is facilitating the government’s tracking efforts so far, contact details of around 5,000 individuals have been shared with provincial governments and law enforcement agencies, who will reach those identified and validate the system’s accuracy. The individuals include patients and those who may have come in contact with patients.

“The system uses telco data to track movements of people at risk. As the radius of location based on cell tower tracing is quite vast to trace individuals, we are aiming to use the system’s algorithms to reduce the radius further for accuracy,” he said.

In urban areas of Pakistan, the radius is about 100 metres and in rural areas it is 200 metres.

Telecom providers can gather location data of phones using cell site location information (CSLI) — based on which of the cell towers a phone connects to and when. As mobile devices transition between cell towers, the network also records events such as calls, SMS and data usage, alongside time and location, in the form of call detail records (CDRs).

“Once all the information is received at the track centre, only non-identifiable details (such as phone number) is shared with the provincial and district authorities to trace and quarantine those people,” Mr Shah told Dawn.

In terms of access to complete data gathered by the system, the apex body of the National Command Centre, as well as information technology institutions and security agencies, will oversee the technology. The provincial governments and local law enforcement groups will be responsible mainly for the implementation, such as contacting individuals.

Asked if there was a standard operating procedure (SOP) for tracking individuals, Mr Shah said presently they were testing the method’s effectiveness and accuracy.

The document titled ‘SOPs for Contact Tracing’ available on the National Institute of Health’s website defines who is identified as a contact but offers no details about the technology. In fact, the text has mostly been lifted off the Australian health ministry’s guidelines.