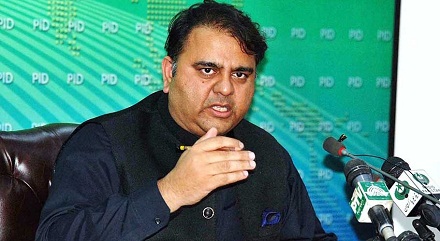 Minister for Information and Broadcasting Chaudhry Fawad Hussain says voting turnout of above fifty per cent in election of AJK Legislative Assembly reflects the confidence of people in the system.

Taking part in a programme of the News and Current Affairs Channel of the Radio Pakistan tonight, he said, today was a good day in terms of election which remained largely peaceful.

He said the uproar made by PML-N regarding rigging in election has been badly exposed and failed.

The Minister said the PTI government emerging out of these elections will also boost the confidence of people of Occupied Kashmir.

Speaking in the same programme, Minister for National Food Security Syed Fakhar Imam said just like the people of AJK have been given right to vote and choose their government, suppressed Kashmiris in the IIOJ&K will also get the same right one day and decide their future by electing the deserving and true representatives of Kashmiris.