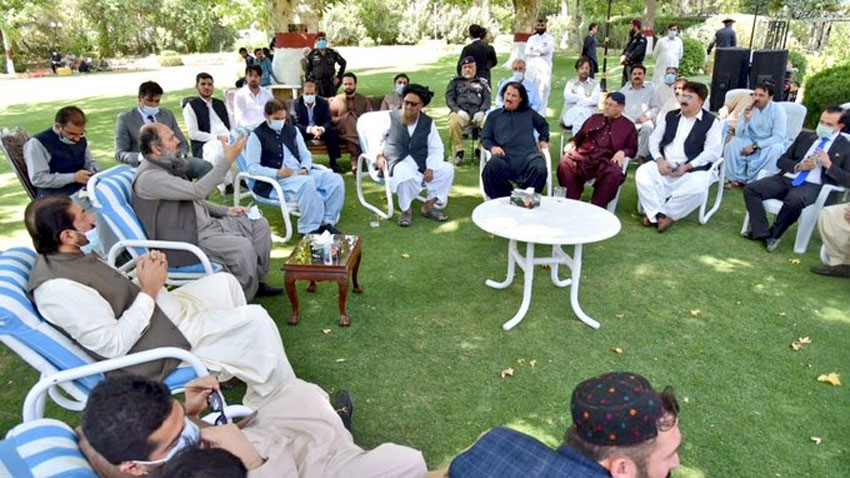 PISHIN: Chief Minister Balochistan Jam Kamal Khan has said that colossal funds have been allocated in the provincial budget of the current fiscal year for provision of modern health facilities and to deal with the challenge of COVID-19.

Talking to various delegations which called on him in Pishin, he said that major developmental projects for all districts of the province have been included in provincial PSDP as per requirements of the area.

The Chief Minister added that equal progress in every district will be made possible with the completion of these development projects.

The delegations thanked the Chief Minister for initiating various developmental projects in Pishin and its adjoining areas.