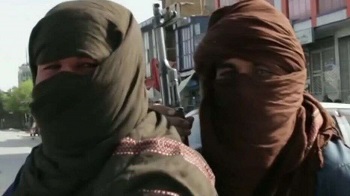 KABUL: The Afghan government released 100 low-risk Taliban prisoners on Wednesday, officials said, a day after the insurgents announced they were walking out of talks with Kabul.

The Taliban, however, said they have yet to verify if those released were on the list they handed over to Washington during negotiations.

The prisoner release is a critical first step to intra-Afghan negotiations aimed at bringing an end to decades of war in Afghanistan. A US-Taliban deal signed in February also calls for the Taliban to free 1,000 government personnel they hold hostage.

Jawed Faisal, spokesman for Afghanistan’s National Security adviser, said the 100 were released from the base in Bagram, near Kabul.

Taliban political spokesman Suhail Shaheen in a message said the insurgent group doesn’t know who the government is releasing without verification. He said the Taliban withdrew a technical team to oversee the releases because of delays by the government.

In a tweet, Shaheen admonished the government for refusing to release the first 15 Taliban they requested who were on the list. They should be released based on “our list”, he said.

The two sides have been negotiating in the Afghan capital since last week to try to finalise a prisoner swap that was originally supposed to have happened by March 10 and pave the way for “intra-Afghan” peace talks.

But the exchange has been beset with problems, with Kabul claiming the Tali­­ban want 15 of their “top commanders” to be re­leased, while the insurgents have accused Afghan authorities of needlessly wasting time.

In a statement, Afghanis­tan’s Office of the National Security Council (NSC) said the 100 prisoners freed on Wednesday were “thoroughly vetted” and had all taken an oath never to return to the battlefield.

The government “has received the same assurance from the (Taliban’s) leadership in Doha,” the statement read.

An NSC spokesman earlier said the 15 commanders were not among those being released, and that additional prisoners would be freed “depending on what the Taliban do”. The insurgents did not comment.

Officials said the freed prisoners were chosen based on their health, age and length of remaining sentence “as part of our efforts for peace and containment of Covid-19”. Afghan officials have said they want to release up to 10,000 non-Taliban prisoners to slow the spread of coronavirus in jails.

In the accord with Taliban, Washington promised the withdrawal of US and foreign troops from Afghanistan by July next year, provided the Taliban start talks with Kabul and adhere to other guarantees.

On Tuesday, Shaheen had accused the government of “intentionally postponing the release and breaching the deal”.

He said the Taliban would pull their negotiators out of “fruitless” discussions with the Afghan government over the prisoner swap.

Meanwhile, n recent days Washington has expressed its frustration with the political turmoil in Kabul as President Ashraf Ghani and his rival in last year’s presidential polls Abdullah Abdullah squabble over power sharing amid allegations of election fraud.

Earlier this week, the US State Department’s Bureau of South and Central Asian Affairs tweeted a harsh statement expressing frustration at the continued political turmoil roiling in Kabul.