All efforts be made to improve image of country: Shibli Faraz 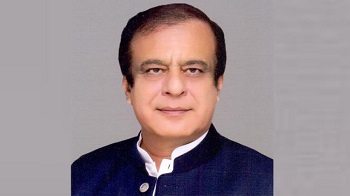 ISLAMABAD: Federal Minister for Information and Broadcasting Senator Shibli Faraz Tuesday said his priority would be to play the role of a bridge between the media and the government.

The newly appointed information minister, in his messages, said as per the vision of Prime Minister Imran Khan, all-out efforts would be made to improve the image of country, highlight the government policies and transform the Ministry of Information and Broadcasting on modern lines.

Besides introduction of professional excellence in the traditional role of ministry, it would be made more credible, he added.

Shibli Faraz expressed the hope that with the grace of Allah Almighty he would be able to perform his duties efficiently and come up to the expectations of all his well- wishers.

He thanked the prime minister for reposing confidence in him and assigning him an important responsibility.