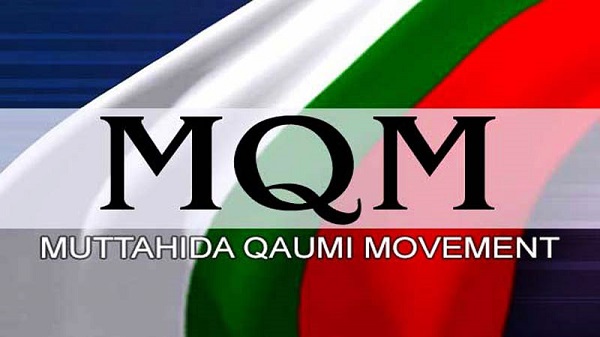 LONDON: A 12-member jury with a majority verdict in Rex (crown) versus Altaf Hussain on Tuesday, acquitting the chief of the Muttahida Qaumi Movement on two counts of ‘encouraging terrorism’.

The MQM supremo was present in the court when the jury shared its decision before Mrs Justice May at the Kingston-upon-Thames crown court.

The jury found Mr Hussain not guilty on both counts of encouraging terrorism, contrary to section 1(2) of the UK’s Terrorism Act 2006.

Mr Hussain was told by the judge that he was free to leave.

Outside the court, Mr Hussain was surrounded by supporters holding MQM flags. “The government and the courts of Pakistan should note that this trial had not just judges and a prosecution but also jury members who I have never seen in my life.

“They all heard everything that was submitted as evidence, and the result is before you. Whether it is Pemra (the electronic media regulator in Pakistan) or anyone, they should lift the ban on my speeches,” he said.

Corker Binning, who represented Mr Hussain during the trial said: “This has been a long process for Mr Hussain. Today he has been vindicated by an English jury. Justice has been done.”

The court announced the decision as jury deliberations entered day three on Tuesday. Mrs Justice May had last week directed the jurors to return a unanimous decision, but late on Tuesday accepted a majority decision — a widely accepted practice where the judge allows the verdict of at least 10 jurors if the jury is unable to return a unanimous verdict despite carefully considering and discussing the evidence.

The jury deliberated for over nine hours before coming to a decision.

The day saw a flurry of activity as reporters were camped outside the court since early in the morning, expecting a decision which only came moments before the court rose for the day.

Last week, the indictment was split into two separate counts, both relating to the offence of encouraging terrorism, contrary to section 1(2) of the Terrorism Act 2006. The two counts relate to the two different speeches made by Mr Hussain on Aug 22, 2016, which form the crux of the case.

The decision marked a dramatic end to a trial where hours of video and audio evidence were submitted and played in court by the prosecution, which alleged that Mr Hussain’s two speeches in question amounted to encouraging terrorism.

The prosecution’s witness included a counter-terrorism detective constable, DC Underwood, who had travelled to Karachi to collect evidence as part of the investigation. Expert witness Dr Nichola Khan presented her report as evidence, recounting the Muttahida’s history as well as the political context against which the speeches were made.

Translated transcripts of Mr Hussain’s two speeches, as well as phone calls made on Aug 22, 2016, were submitted as evidence. The transcripts contained details of Altaf Hussain telling supporters in Karachi to storm the Rangers’ Sindh headquarters in the city and confront its then director general, Major General Bilal Akbar.

It also featured Mr Hussain exhorting his supporters to enter the offices of ARY and GEO networks and disrupt their broadcast.

The defence chose not to call Mr Hussain as a witness, Instead relying entirely on its argument that the “Pakistani yardstick” was relevant and should be considered by jurors in deciding the case.

Although the prosecution had argued that only the “yardstick of England and Wales” be applied, the defence made an elaborate argument to say that the reality of law and order and human rights is “entirely different” in Pakistan from that in Britain.

After the conclusion of arguments from both sides last week, the judge said that, in order to convict Altaf Hussain, the jury has to be satisfied that he published a speech, that his statements were likely to be understood by a reasonable person hearing them as encouraging terrorism and that Mr Hussain either intended, or was reckless, as to whether members of the public would be encouraged to commit acts of violence after hearing those speeches.

The judge said the prosecution does not have to prove that acts of terrorism occurred, although that was their submission. The meaning of `intention’ and ‘reckless’, the jurors heard, was for them to determine through an objective test.

Mr Hussain was reckless, the judge said, if he was aware of a risk of violence but unreasonably decided to take it anyway.

When considering the act of terrorism, the judge had said the jury must consider the type of act, its design and purpose. To convict him, the jury was told they must be certain that the act was done to further a religious, political, ideological or racial cause, regardless of whether the cause was justified or not.

Mr Hussain was arrested in 2019 by Met Police in connection with the 2016 speeches and released on bail after questioning.

Hours after the MQM supremo delivered the incendiary speech, MQM workers had attacked the ARY News office in Karachi. The Rangers detained a number of senior MQM leaders that night.

In the days that followed, the Karachi wing of the party, led by Farooq Sattar, distanced itself from Altaf Hussain and the London wing.

Excerpts from Mr Hussain’s speech went viral on social media minutes after violence broke out in Karachi. They showed that the MQM supremo had not only raised slogans against Pakistan but also called the country “a cancer for the entire world” while addressing MQM workers protesting outside the Karachi Press Club.

“Pakistan is a cancer for the entire world,” he had said.

The interior minister at the time had sought assistance from British authorities and asked them to take action against Altaf Hussain for “inciting the people of Pakistan to violence”.

On Aug 23, Hussain apologised to the then army chief, Gen Raheel Sharif, and the Rangers director general for his vitriolic speech, saying that he was under “severe mental stress over extra-judicial arrests and precarious condition of my workers sitting at the hunger strike camp”.