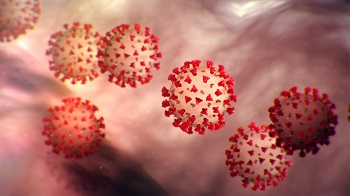 PARIS: An antibody that can stop the new coronavirus infecting cells in laboratory tests has been identified by researchers in the Netherlands, in what scientists say could help the development of therapies for Covid-19.

The antibody neutralised the new coronavirus, according to the research published in Nature Communications, and the authors said it “offers the potential to prevent and/or treat Covid-19”. It has not yet been tested on animals or in human trials.

Researchers from Utrecht University and the Erasmus Medical Centre in Rotterdam injected cells of “humanised mice” with purified versions of the spike proteins used by different coronaviruses — including the ones that cause SARS and MERS — to infect cells.

This immunisation-like process caused the cells to produce neutralising antibodies, which the researchers purified and tested against the virus that causes Covid-19 and the one that causes SARS.

One of the antibodies stopped both pathogens from infecting cells.

Scientists cautioned more research was needed to identify the way in which the antibody did work.

But the authors said it could be used either alone or in combination with other neutralising antibodies.

Observers commenting on the study cautioned that there was a long way to go before knowing if the newly discovered antibody would work as a treatment.

“Simply because we have found an antibody which neutralises a virus in a group of cells in a lab Petri dish doesn’t mean that we can expect the same response in patients,” said James Gill, honorary clinical lecturer at Warwick Medical School.

But he described the discovery as “very promising”.

Usually the antibodies used in antiviral treatments block a pathogen from attaching to cells.

In this case, the authors of the study published Monday said that while the antibody appeared to target the binding mechanism of the virus, it did not actually stop it from latching on.