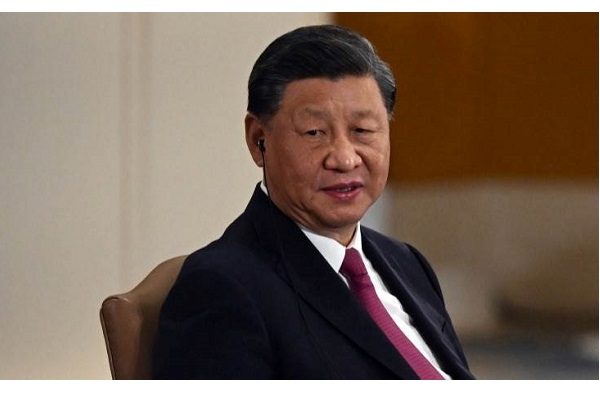 BANGKOK: The Asia-Pacific is no one’s backyard and should not become an arena for a big power contest, China’s President Xi Jinping said in written remarks on Thursday, calling on the world to reject any cold war mentality.

“No attempt to wage a new cold war will ever be allowed by the people or by our times,” Xi said in remarks prepared for a business event on the sidelines of the Asia-Pacific Economic Cooperation (APEC) summit in Bangkok, which he had to withdraw from due to his meetings schedule.

“We should follow a path of openness and inclusiveness,” he said in the speech, which was provided by organisers, adding the region should not turn into “an arena for big power contest.”

North Korea fired a short-range ballistic missile as Xi and Japanese Prime Minister Fumio Kishida prepared to meet, and warned Washington and its allies to expect a “fiercer” military response.

“Unilateralism and protectionism should be rejected by all; any attempt to politicise and weaponise economic and trade relations should also be rejected by all.” The APEC meeting follows a series of regional summits so far dominated by geopolitical tension over the war in Ukraine.

Russia is a member of both G20 and APEC but President Vladimir Putin has stayed away from the summits. First Deputy Prime Minister Andrey Belousov will represent him at APEC.

The leaders of China and Japan held their first face-to-face talks in three years on Thursday, after North Korea fired the latest in a record missile blitz that has sent nuclear fears soaring.

The pair met on the sidelines of a summit of the Asia-Pacific Economic Cooperation (APEC) forum focused on pandemic recovery and the global economic turmoil unleashed by the war in Ukraine.

“It is important that we accelerate the building of a Japan-China relationship that is constructive and stable, through the efforts of both sides,” Kishida said at the start of the meeting.

His office had earlier condemned the latest launch by North Korea, which adds to a flurry that began this month and has included an intercontinental ballistic missile. Seoul and Washington have warned the North could be preparing to carry out a nuclear test, which would be its seventh.

Xi’s meeting comes a day after tensions simmered in Bali, where Xi criticised Canadian Prime Minister Justin Trudeau in person over alleged leaks of their closed-door meeting, a rare public display of annoyance by the Chinese leader. Trudeau is also in Bangkok.

China and Japan — the world’s second- and third-largest economies — are key trading partners, but relations have soured as Beijing bolsters its military, projects power regionally, and takes a harder line on territorial rivalries.