Before things went downhill Prince Charles had a strong bond with Meghan and ‘adored’ her. 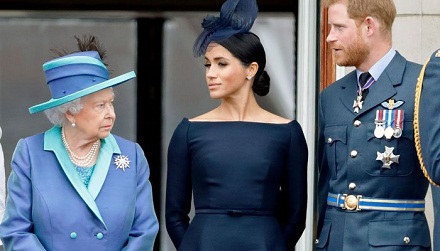 Things may have gone sour between Prince Charles and Meghan Markle but their relationship wasn't always so bitter.

The strong bond between Prince Charles and his daughter-in-law was keenly observed during the 2018 royal wedding of the Duke and Duchess of Sussex when Charles walked Meghan down the aisle.

The Prince of Wales ‘adored’ Meghan as they both had a lot in common, it has been revealed.

According to Express, royal expert Emily Andrews said: “Charles adored her. They had a lot in common, art, music. She [Meghan] used to go round to Clarence House to have, effectively, history lessons with Charles on the history of the Royal Family… Charles was a real passionate historian, Meghan had a thirst for knowledge.”

Earlier, Harry had spoken about Charles stepping up to support Meghan when she needed someone to walk her down the aisle.

“I asked him to and I think he knew it was coming and he immediately said, ‘Yes, of course, I’ll do whatever Meghan needs and I’m here to support you,’” Harry had said in the BBC documentary, Prince, Son and Heir: Charles at 70.

“For him that’s a fantastic opportunity to step up and be that support, and you know he’s our father so of course he’s gonna be there for us,” he added.