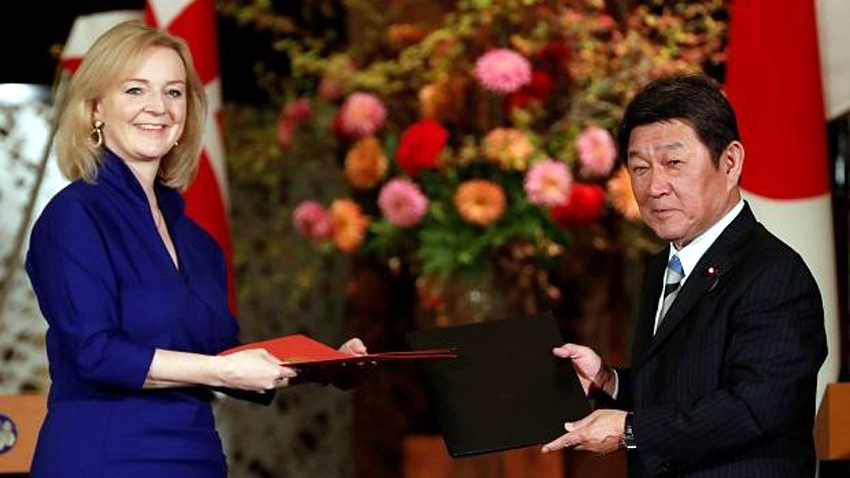 TOKYO: Britain and Japan have formally signed a trade agreement, marking Britain’s first big post-Brexit deal on trade, as it continues to struggle to agree on a deal with its closest trading partners in the European Union.

Japanese Foreign Minister Toshimitsu Motegi in a statement said this deal is a manifestation of the determination of Japan and the United Kingdom to carry on vigorously promoting free trade.

Responding to the agreement, Britain said the deal meant that 99% of its exports to Japan would be tariff-free, and that it could increase trade by 15.2 billion pounds  in the long run as compared to 2018.