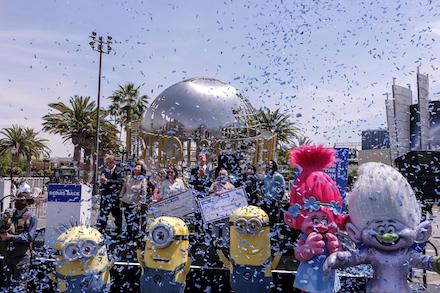 LOS ANGELES: California the first US state to enact a stay-at-home order just under 15 months ago celebrated its "reopening day" Tuesday by lifting almost all pandemic-related social distancing and capacity limits.

Vaccinated people will be free to ditch their masks in nearly all of the nation´s richest and most populous state, though exceptions will remain for locations including public transport, schools and hospitals.

"Finally we are here, June 15, to turn the page, to move beyond capacity limits... move beyond social distancing and physical distancing," said Governor Gavin Newsom, at a ceremony to mark "the full reopening of the California economy."

Meeting the June 15 reopening goal -- penciled in more than two months ago -- represents a dramatic improvement in fortunes for California.

The western state acted swiftly at the start of the pandemic but became a US Covid-19 epicenter last winter.

"There was a point, not too many months ago in January, when... we had run out of body bags in parts of southern California," Newsom reminded a small crowd outside Los Angeles´ famous Universal Studios Hollywood theme park.

"We saw way more death than we´d ever like to see -- we held way too many hands because families were not able to come into the unit," said nurse Helen Cordova, the first Californian to get a vaccine dose last December.

California´s massive vaccination drive has since delivered 40.5 million doses -- 16 million more than any other US state -- and it has consistently ranked among the lowest US states by per capita cases over recent weeks.

But the heavily Democratic state´s early and sweeping restrictions drew fierce criticism, particularly from Republicans and many business owners who urged a faster reopening.

Newsom is facing a recall election later this year. "This was a state that was guided by science, by data, by facts, by observed evidence, not ideology," said a maskless Newsom.

"A lot of the politics took shape unfortunately as it relates to mask wearing, as relates to the vaccination programs," he added.

California, with its 40 million-odd residents, generates almost 15 percent of US gross domestic product.

The governor pointed to recent employment figures showing California generated 38 percent of all new jobs across the nation in April.

"We´re the tentpole of the American economy in terms of its taking on the recovery. And that´s because of our health interventions -- not despite them," he said.