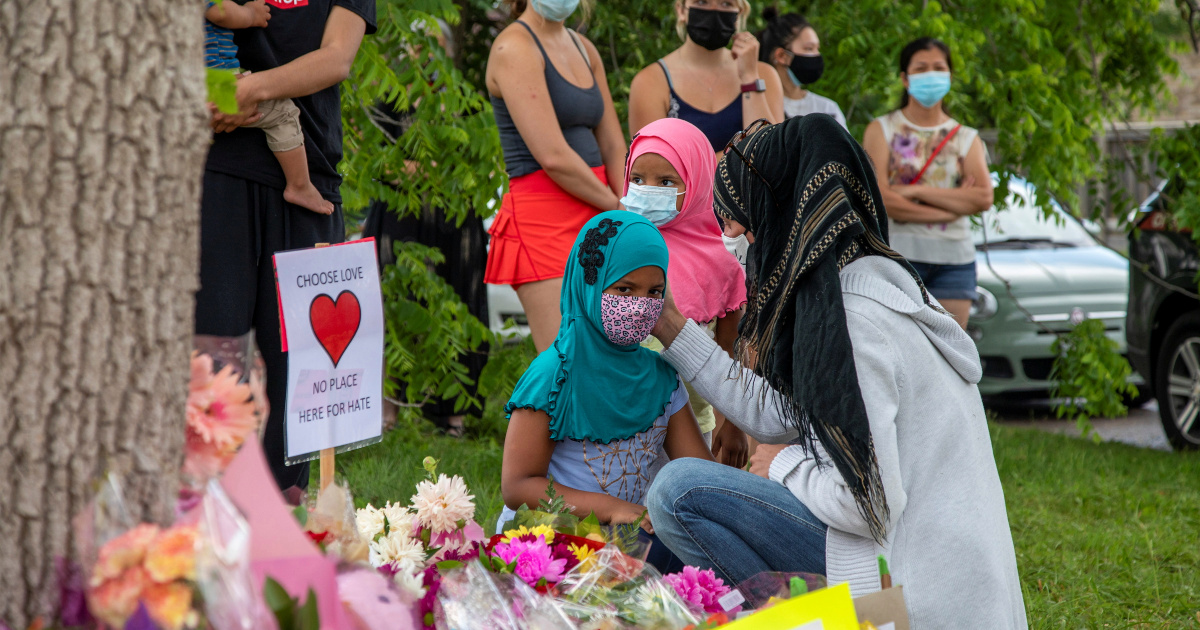 CANADA: Canada is pressing terrorism charges against a man accused of mowing down a Muslim family with a pick-up truck, prosecutors said on Monday, in an attack denounced as “terrorist” by Prime Minister Justin Trudeau.

Four members of the Pakistan-origin Afzaal family — a man and his wife, their teenage daughter and his mother — were out for a walk in London, Ontario on June 6 when a truck driver ploughed into them on purpose, according to authorities.

Prosecutors revealed in a brief hearing that they were adding terrorism charges to the four counts of premeditated murder and one of attempted murder levelled last week against 20-year-old Nathaniel Veltman.

“The federal and provincial attorneys general provided their consent to commence terrorism proceedings, alleging that the murders and the attempted murder also constitute terrorist activity,” the Royal Canadian Mounted Police (RCMP) said in a statement after the hearing.

Veltman, who has no criminal record and no known link to any extremist group, told the court via video link that he does not have a lawyer. He has yet to enter a plea.

The Afzaals' nine-year-old son survived the attack in their neighbourhood in the city of London, around 125 miles (200 kilometres) southwest of Toronto, but was seriously injured.

“This killing was no accident. This was a terrorist attack, motivated by hatred, in the heart of one of our communities,” Trudeau said during an impassioned speech at the House of Commons.

The attack has fuelled debate about the prevalence of Islamophobia in Canada and heightened fears within the Muslim community that outward signs of religious affiliation can make a person a target.