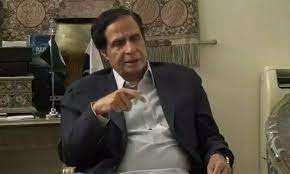 LAHORE: Punjab Assembly Speaker Chaudhry Parvez Elahi on Saturday rescheduled the assembly session from May 30 to May 22 (today), after de-seating of the 25 dissident PTI MPAs who had voted for Hamza Shehbaz for CM office against their party direction.

Though no formal agenda was issued till Saturday evening, the swift action by Speaker Elahi shows the numbers game now suits him for his run-off election as chief minister.

The assembly’s current strength has reduced to 346 members after the de-seating of the 25 MPAs. The PML-N has 165 MPAs of whom five Sharaqpuri group members recently withdrew their support. Besides the backing of its 160 MPAs, the PML-N has seven PPP MPAs, four independents and one Rah-i-Haq Party MPA on its side. This shows PML-N has 172 votes.

On the other hand, Elahi’s PML-Q and his ally PTI have a total strength of 168, but the PTI-PML-Q alliance believes they will get all the five women and minority seats whereas the PML-N claims two reserved seats will come to it.

In this situation, both sides might approach MPA Chaudhry Nisar for vote. The assembly also requires proceedings on no-trust motions against Deputy Speaker Dost Mazari and Speaker Elahi.