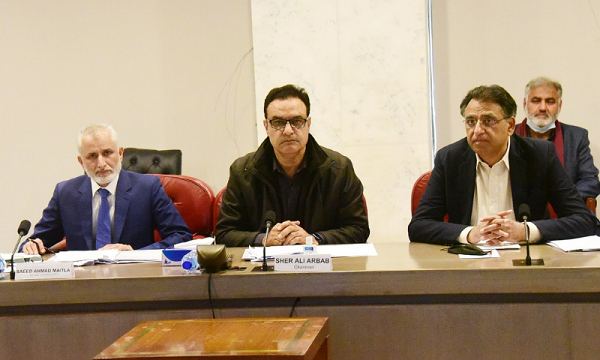 ISLAMABAD: The Parliamentary Committee on China-Pakistan Economic Corridor (CPEC) was informed on Thursday that Chinese companies have agreed to relocate industries to Pakistan and invest in the country in different sectors.

The committee, which met with MNA Sher Ali Arbab in the chair, was briefed by the Minister for Planning, Development and Special Initiatives Asad Umar on the recent visit of Prime Minister Imran Khan to China with reference to CPEC.

He said the prime minister gave a comprehensive briefing on investment opportunities in Pakistan to Chinese companies’ representatives who held meetings with him.

Mr Umar said the groundwork had already been done before the prime minister’s visit to China to highlight sectors where Chinese companies could be invited for investment in Pakistan, especially where the country has the potential to export its produce.

“A comparative incentive-based data in the region was shared where Pakistan had the edge over other special economic zones in the world. The focus was mainly on textile, footwear, pharmaceutical and IT sectors,” he said.

He said that in spite of the Covid-19 pandemic, Pakistan had fared better in terms of debt to GDP ratio as compared to other countries.

He said the Chinese companies showed interest in investing and relocating their industries in Pakistan.

He noted that artificial intelligence in the IT sector had the biggest opportunity in the world where Pakistan had great potential to train its youth and bring human development.

Mr Umar said a Chinese textile company located near Lahore has fetched $60 million in export revenues. Thousands of jobs could be created as a result of more Chinese investment in different sectors of Pakistan, he added.

The secretary of the Ministry of Foreign Affairs also briefed the Committee on the prime minister’s visit to China.

The committee appreciated the steps taken by the government to boost the economy through export-based industries. It recommended to the Board of Investment and the Ministry of Power to sit with the Special Economic Zone Dhabeji and Allama Iqbal Industrial City, Faisalabad, respectively, to resolve their issues in order to make these zones lucrative for foreign investment.

The National Highway Authority’s chairman assured the Committee that the right of way to Rashakai Economic Zone will shortly be granted after necessary documents are submitted by its management authority.

The Ministry of Interior’s secretary, the secretary for home and tribal affairs, Khyber Pakhtunkhwa, also briefed the Committee on different steps taken for providing security to Chinese nationals working on CPEC and non-CPEC projects.