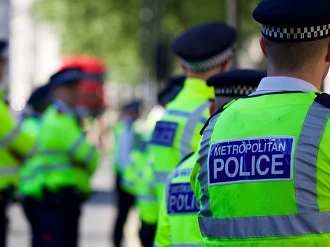 LONDON: Anyone claiming to have coronavirus who deliberately coughs at emergency workers faces being jailed for two years, Britain’s Director of Public Prose­cutions said on Thursday.

On Wednesday, a 45-year-old man admitted three counts of assaulting an emergency worker after claiming to have coronavirus and directing coughs at London police officers arresting him for another offence, the Crown Prosecution Service said.

In Blackburn, northern England, a 40-year-old man was jailed after threatening to spit at officers on Monday after they had asked why he was out with two others following the government’s announcement that social gatherings should cease and that people observe strict rules on social distancing.

Max Hill said there had been reports in recent days of people coughing in the faces of police, other emergency workers and shop staff. Those responsible could face charges of common assault, he said.

“Emergency workers are more essential than ever as society comes together to tackle the coronavirus pandemic,” Hill said in a statement.

“I am therefore appalled by reports of police officers and other frontline workers being deliberately coughed at by people claiming to have Covid-19. Let me be very clear: this is a crime and needs to stop.”