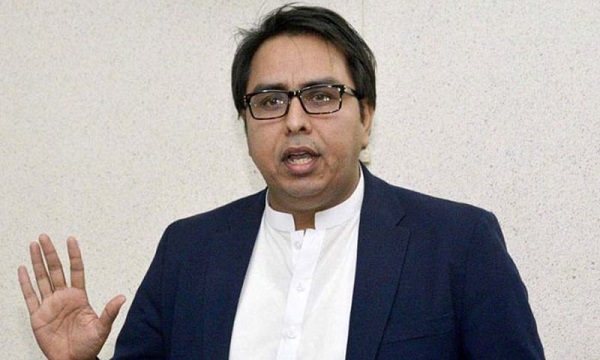 ISLAMABAD: A court in the capital ordered the police on Thursday to return Shahbaz Gill’s passport and other items, but dismissed the Pakistan Tehreek-i-Insaf (PTI) leader’s request for retrieving his mobile phones, which were confiscated in connection with the sedition case against him.

In a related development, district and sessions judge Kamran Basharat Mufti granted interim bail to PTI chief Imran Khan in a case registered against him for intimidating a judge for remanding Mr Gill in police custody amid allegations of torture.

The court granted interim pre-arrest bail to Mr Khan until Oct 13 against Rs50,000 in surety bonds.

Mr Gill moved an application bef­o­­re additional district and sessions judge Tahir Abbas Sipra for the recovery (superdari) of items taken by police in their custody at the time of his arrest.

His counsel Syed Ali Bokhari argued before the court that the articles taken into possession have no connection with allegations leveled against the petitioner and he is facing difficulties without these items.

The special public prosecutor, Raja Rizwan Abbasi, on the other hand argued that the mobile phones are important evidence in the sedition case against Gill and were forwarded to the forensic analysis. He expressed apprehensions that the accused may try to tamper with the data if the phones were returned to him.

The judge observed that “apparently, the items other than the mobile phones have no connection with the allegations levelled against Gill and are daily-use items.

He ordered superdari of these items to Gill subject to furnishing surety bonds worth Rs100,000 and making it mandatory for Gill to produce these items as and when required.

The judge dismissed the request for possession of mobile phones, describing them as key evidence.

Talking to the media outside the court, Mr Gill claimed that the prosecution attributed in fake statement to him.