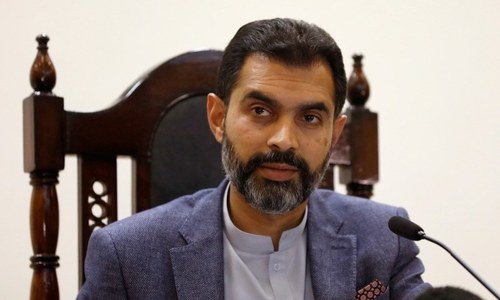 KARACHI: Cryptocurrency has more risks than benefits, but the State Bank of Pakistan (SBP) has been working to develop an understanding of the possible future currencies, according to SBP Governor Reza Baqir.

The central bank on Monday issued the detailed speech of the governor that he recently delivered at the Annual Investment Forum in Riyadh, Saudi Arabia.

The governor said he believed that these technologies have the potential to democratise finance and give more power and control to the people on their finances.

“In general, that is a good goal,” he said, adding that this was also the intent and purpose of introducing private digital currencies that don’t require financial intermediation.

“In Pakistan, we as the central bank have reached a conclusion as of now that, for us and in terms of the core objectives of the central bank, the potential risks far outweigh the benefits,” he said.

Many large emerging markets, including China, India and Russia, have reached similar conclusions. At the same time, the approach in several advanced economies towards such virtual currencies has been more permissive, he said.

Explaining the risks attached with the cryptocurrencies, he said that in their current form, private digital currencies are mostly speculative in nature and have not provided any robust use case and real economic benefits, especially to underdeveloped countries like Pakistan.

“Because of their speculative nature, acute price fluctuations and, most importantly, their distributed and decentralised nature, they can pose a risk to financial and monetary stability,” he said.

After the global financial crisis of 200-08, the world saw the emergence of so-called cryptocurrencies based on a new technology called Distributed Ledger Technology (DLT).

As a result, the world is witnessing a large number of private digital coins/currencies being issued based on DLT. “According to some estimates, there are over 17,000 different cryptocurrencies which have gained some influence, whose total value exceeded $2 trillion before the recent crash,” he said.

There are some benefits that these technologies bring; the movement of capital and access to capital will become easier using innovations like peer-to-peer lending and crowdfunding, he said, adding that it was also expected that cross-border transfer of remittances would become easier and less costly.

“Because of their anonymous nature, some cryptocurrencies are prone to be used for illegal economic activities,” he said, adding that in such cases, for countries like Pakistan, there was a risk of the widening of the grey economy and capital flight.