Democrats to retain control of US Senate 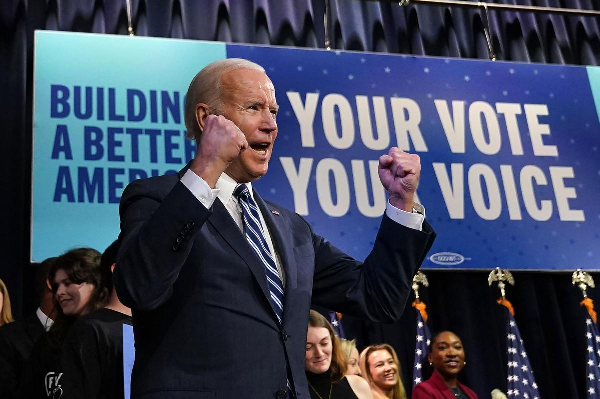 WASHINGTON: Democrats to retain control of the US Senate for the next two years, as results announced on Sunday showed. The 100-seat Senate is now evenly divided (50-50) between the Democrats and Republicans, but Vice President Kamala Harris’s tie-breaking vote gives the Democrats a majority. Democrats also have the potential to add a 51st seat when Senator Raphael Warnock (Democrat) faces Republican Herschel Walker in a Dec 6 runoff in Georgia.

Based on the latest counting, several key US television channels, including the pro-Republican Fox News, projected that Democrat Catherine Cortez Masto has won the Senate race in Nevada while another Democrat, Mark Kelly, took Arizona.

The situation, however, is less clear in the House of Representatives, where a number of close races are yet to be called, and Republicans are closing in on a narrow majority.

Almost all media outlets blamed former US president Donald Trump for preventing Republicans from capturing both chambers of the US Congress. They noted that as many as 16 Trump stalwarts lost to Democrats in the midterm elections held on Nov 8. Most of the losers were those who still refuse to accept results of the 2020 presidential elections and regard Trump as the real president.

“The winner of the mid-terms is not yet clear — but the loser is Donald Trump,” wrote Britain’s The Guardian newspaper a day before the latest Senate results were announced.

“It’s a good day for democracy and, I think, a good day for America,” said US President Joe Biden, also a Democrat, as Democrats defied expectations of a red (Republican) wave washing across the country.

The US media noted that the results “exceeded even their most optimistic predictions” about the mid-terms. The White House celebrated Democrats’ projected majority in the Senate. “Control of the Senate is hugely consequential both for judiciary, nominations and appointments,” Senior White House Adviser Anita Dunn told CBS News on Sunday, adding that the win was also good for “controlling the agenda in the United States Senate”.

The president makes all key appointments, but the Senate has the power to accept or reject a candidate. It can also influence the president’s agenda, but refusing to provide funds for his or her favourite projects.

“Donald Trump, with his preening and his selection of truly awful candidates, didn’t do his party any favours,” she told NBC’s Meet the Press. But this victory belongs to Joe Biden, and the Democrats who got out there and fought for working people.”

While Trump exclusively focused on his re-election in 2024, Democrats underlined the issues that concern their voters and liberal Americans: abortion, a Republican controlled Senate appointing conservative judges and Trump’s anti-liberal agenda.

The failure of the so-called red wave is also influencing internal politics in the Republican. Moderate Republican, who were afraid to speak out because of Trump’s overwhelming influence over the party are now stepping before the cameras to place blame squarely at the former president’s policies. One of them, Senator Bill Cassidy, pointed out that Trump-backed candidates “underperformed” in the mid-terms. Mary­land Governor Larry Hogan said the former president cost the Republ­icans in the recent election. Media reports suggested that at a post-election meeting in Pennsylvania, Republicans urged pushing Trump aside after their election losses.