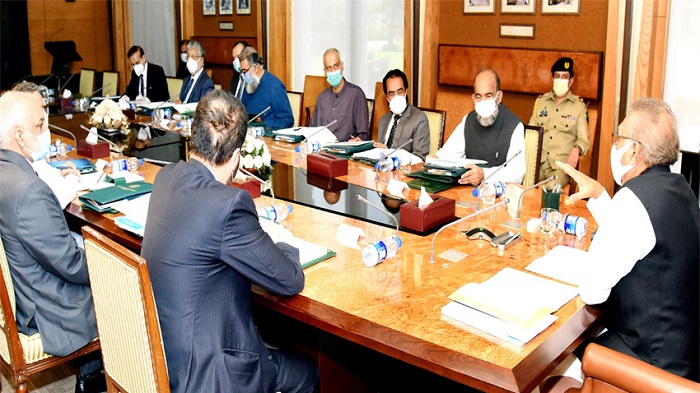 The decision was taken unanimously during a meeting of the Board of Trustees of the university, which held in Islamabad today (Tuesday) with President Dr Arif Alvi in the chair.

Speaking on the occasion, the President said that the university is a great centre of learning that provides not only modern education but also has greater contribution in educating the students about Sharia and Islamic history and culture.

He directed the management of the university to set its specific goals and vision, and fix a timeframe for achieving them.

Addressing the meeting through video-link from Jeddah, Secretary General of the Organization of the Islamic Council Dr. Yousaf bin Ahmed Al-Othaimeen, thanked the government of Pakistan for offering 100 scholarships for the students of 15 under developed countries.

He expressed his heartfelt condolences over the loss of lives in yesterday’s attack on Pakistan Stock Exchange, Karachi, and reiterated OIC's support to stand by Pakistan in its fight against terrorism.

President of Islamic Development Bank Dr. Bandar M.H Hajjar assured the meeting that the Bank would continue to fund the Waqf project of the university.

President Dr. Arif Alvi appreciated the cooperation extended by Saudi Arabia and IDB to the university. He deeply thanked Al-Azhar University of Egypt for sending 30 teachers and bearing their financial responsibilities.