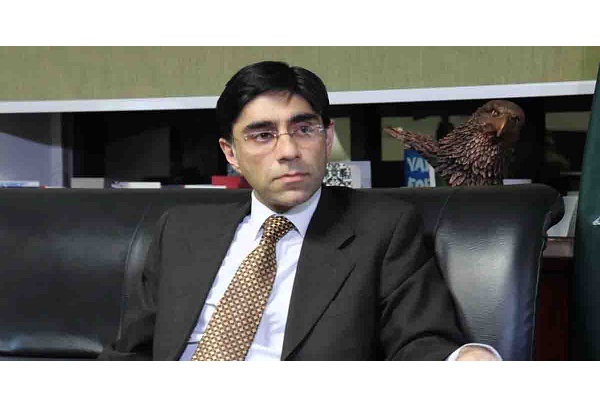 ISLAMABAD: Former national security adviser Dr Moeed Yusuf on Thursday emphasised the need for strengthening the country’s economy by creating and maintaining robust economic growth and cautioned that Pakistan would neither be able to secure “military security nor human security” without ensuring a strong economy.

Dr Yusuf was speaking at a seminar on “Significance of National Security Policy in the Changing Geo-Political Situation” at the Institute of Strategic Studies Islamabad (ISSI), a government funded think tank.

Dr Yusuf played a key role in putting together Pakistan’s first national security policy, which was launched in January. The policy recommended pursuit of ‘comprehensive national security’ encompassing economic, human, and traditional security for the “safety, security, dignity, and prosperity” of the people.

Pakistan’s economy has been in a deep crisis because of worsening current account deficit and rising inflation. The resumption of the IMF loan programme was expected to halt the slide, but the massive floods suffered by the country have washed away hopes of any economic revival.

The former NSA observed that Pakistan was short on foreign reserves. “There is a gap of $30-$35 billion for us to be sustainable. This gap has prevented us from having an independent foreign policy,” he maintained.

He believed that the situation could be improved by increasing investments, developing trained manpower, and attracting foreign direct investment.

The need for economic stability, Dr Yusuf said, has grown because the world was in a state of flux.

“We have to achieve economic stability in this messed up world,” he maintained.