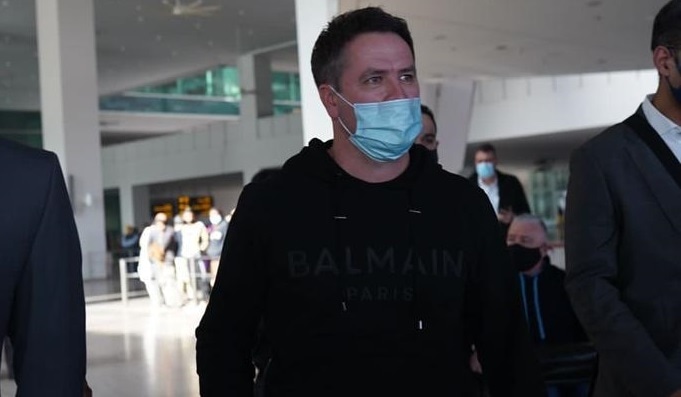 PTV Sports, in a tweet, welcomed Owen to Islamabad, saying he will promote international football in the country in collaboration with Global Soccer Ventures (GSV).

The state broadcaster added that Owen will attend a dinner hosted by President Dr Arif Alvi and a meeting with Army Chief Gen Qamar Bajwa is expected as well, while a press release issued by GSV said the former footballer would meet Prime Minister Imran Khan too.

Owen, who played for Liverpool, Real Madrid and Manchester United in an illustrious career, will also lay the foundation stone of a football stadium in Karachi and outline a programme to revive the sport in Pakistan.

He had earlier posted a message on Twitter on Jan 23, saying he was "thrilled" to play his role in helping GSV in its effort to revamp the sport in Pakistan. "Look forward to seeing you soon," he had said.

Owen had signed a three-year deal in September to become the official ambassador of the Pakistan Football League (PFL). Owen's "hybrid role" will include creating a global professional gateway for new Pakistani footballers who can adapt to the modern form of the game.

The Pakistan Football Federation led by Ashfaq Hussain Shah had signed a partnership with GSV in August to launch the PFL and upgrade the infrastructure for football in the country.

The private venture announced last month it had struck a special strategic partnership with the prime minister's Kamyab Jawan programme in a bid to groom Pakistan's football talent.

The partnership, which had the prime minister’s blessing, “offers the talented youth in Pakistan the dreams of playing football in world-class stadiums and advance their skills at the home of football in the United Kingdom”, GSV had said in an issued press release.