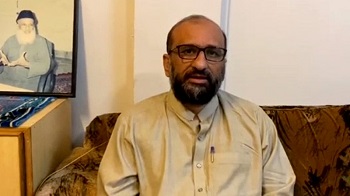 KARACHI: Faisal Edhi, head of the Edhi Foundation and son of Abdul Sattar Edhi, said on Wednesday that his second test was carried out at PIMS which also proved positive for Covid-19.

He said he was in self-isolation in Islamabad. Mr Edhi said he was well, but had mild difficulty in breathing and doctors had told him that he had developed pneumonia. The doctors were of the view that it was a minor problem and Mr Edhi would get well within 10 days. Faisal Edhi said tests of five people, including his son Saad Edhi, who accompanied him, had turned out negative.

The MPA said the condition of his and his family members was satisfactory and all were self-isolated at home. He said that except his mother, none of the family members had any virus-related symptoms.

Mr Rasheed, who was recently diagnosed with the virus, said that his family members’ tests were carried out and eight of them had been infected with the contagion. They included his mother, wife, sister and children.