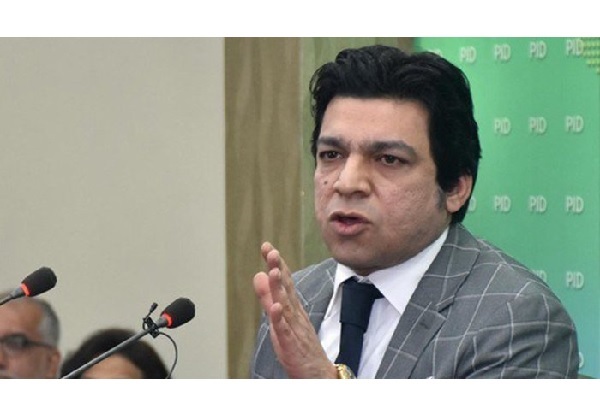 ISLAMABAD: The Supreme Court has summoned former Pakistan Tehreek-i-Insaf (PTI) leader Faisal Vawda on Friday (today) to give him a chance to express his regret for misstating his dual nationality before the top court.

The former senator is also required to show the certificate of renunciation of his US nationality before the court.

In case he acknowledges presentation of an expired passport before the returning officer at the time of filing his nomination papers during the 2018 general election to claim renunciation of his US nationality, the Supreme Court will consider if he should be disqualified under Article 63(1)(c) of the Constitution, under which a legislator loses membership of parliament for one term only.

But if Article 62(1)(f) is invoked, the former senator will become ineligible to become a member of parliament for life.

Headed by Chief Justice of Pakistan (CJP) Umar Ata Bandial and consisting of Justice Syed Mansoor Ali Shah and Justice Ayesha A. Malik, the three-judge bench had taken up Mr Vawda’s appeal against his lifetime disqualification and sought to set aside the Election Commission of Pakistan’s (ECP) Feb 9 declaration of his ineligibility.

“We can call the gentleman to express regrets that he misstated before the court by presenting an affidavit to claim that his sole nationality is Pakistani,” the CJP observed, adding that he even relied on his expired passport before the Supreme Court.

The apex court has enough material showing that the former PTI leader made efforts to mislead the court, which entails application of Article 62(1)(f) of the Const­itution, adding the process of invoking the clause had to be applied especially in view of Article 10A that speaks of due process.

“If the petitioner acknowledges his mistake, we will leave it to the electorate to decide his fate,” the CJP observed while pointing towards senior counsel Wasim Sajjad, who represented the petitioner.

Justice Shah observed that the affidavit presented before different forums for seeking jobs or any other purposes was different from the one furnished before the returning officer for contesting elections.

He explained that being a court of law, even the SC could decide about the disqualification of a member for misstating before the court.

Even at a summary level, the Supreme Court could determine whether to invoke Art­icle 62(1)(f) or not, Justice Shah observed.

Justice Malik also observed that the affidavit presented by the petitioner before the returning officer for contesting elections was not a run-of-the-mill document, adding the voters were not concerned about his real intentions when the petitioner presented a false affidavit before the returning officer. They were concerned about who the candidate was and whether he was a dual national or not, she added.

Vawda was disqualified for life under Article 62(1)(f) by the ECP.