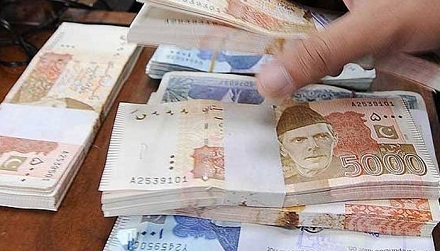 ISLAMABAD: The Federal Board of Revenue (FBR) collected Rs2.313 trillion in the first five months of the current fiscal year (5MFY22), exceeding the target of Rs2.016tr by Rs297 billion, provisional data compiled by the tax body showed on Tuesday.

These figures would further improve before the close of the day and after book adjustments have been taken into account.

Adviser on Finance and Revenue Shaukat Tarin in a recent press conference said the new FBR revenue target will be Rs6.1tr. This target was revised upwards on the plea to keep the budget deficit at a committed place.

The finance adviser had already held a meeting with the International Monetary Fund in the middle of October in Washington as part of negotiations for the release of the sixth tranche under the $6bn Extended Fund Facility.

The final report or outcome of the negotiations is expected after the implementation of five prior actions committed with the IMF.

The government, while preparing the budget for the current year, had assured the IMF of raising Rs5.829tr in FY22 against Rs4.721tr collected in FY21.

The gross collections including refunds and rebates payments increased from Rs1.783tr during July-November 2020 to Rs2.437tr in the current financial year, showing an increase of 36.67pc.

The amount of refunds disbursed was Rs123bn during July-November 2021 compared to Rs88bn paid last year, reflecting an increase of 39.77pc. This is reflective of FBR’s resolve to fast-track refunds to prevent liquidity shortages in the industry.

With the rising import bill coupled with an increase in imports of smuggling-prone items on legal channels, Customs collection stood at Rs383bn during the first five months this year as against Rs264bn last year, indicating a hefty growth of 45pc. The target projected under Customs was Rs325bn for the period under review, which was surpassed by Rs58bn.

In November, Customs collection stood at Rs92bn against Rs58bn over the last year, reflecting an increase of 58.6pc.

The Income Tax (IT) collection during the first five months stood at Rs761bn as against the target of Rs705bn, showing an increase of Rs56bn. Its collection showed growth of 30.75pc when compared with Rs582bn collected during the same period last year.

In November, IT collection also surpassed last year collection of Rs138bn by Rs29bn to Rs109bn. However, it fell behind by Rs1bn when compared with a target of Rs139bn in November.