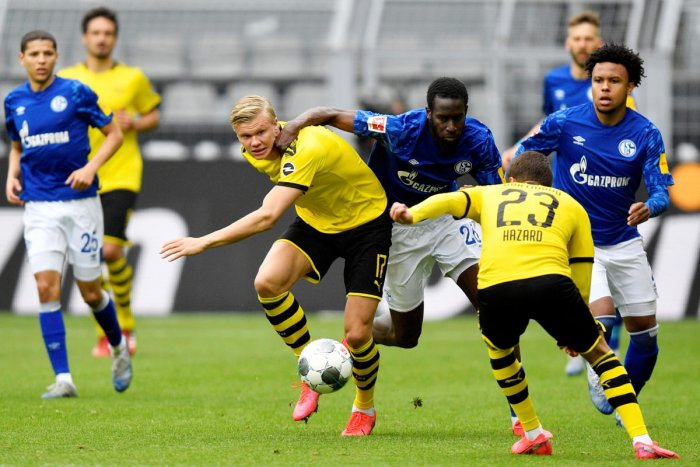 Germany's national football league, the Bundesliga, has resumed this weekend after a softening of the Corona virus lockdown.

In the first match played in empty stadiums without spectators, Borussia Dortmund defeated Schalke by four goals. Dortmund club Earling scored the first goal in a new round of Dutch Bundesliga. The players of the football club Schalke could not score a single goal. 300 people were in the stadium .

Two months ago, all Bundesliga matches in Germany were due to the global epidemic.