Govt backed out of its commitment: Opp Parties 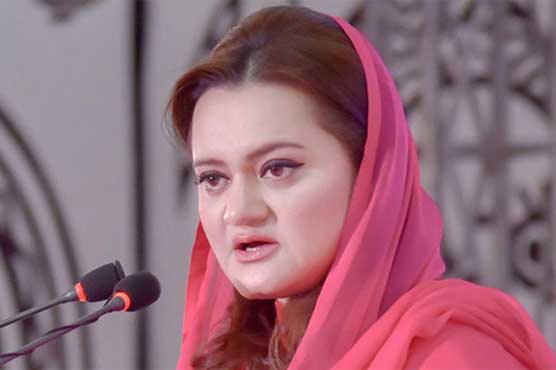 ISLAMABAD: Government and the opposition decided to refrain from making personal attacks, the opposition claimed that the government had backed out of its commitment made during the meeting as first Adviser to the Prime Minister on Parliamentary Affairs Dr Babar Awan held a press conference during which he negated Speaker Asad Qaiser’s assurance that a parliamentary committee would be formed to review the passage of 21 bills on June 10 and then Minister for Energy Hammad Azhar, during the budget debate on Friday, verbally attacked Pakistan Peoples Party (PPP) chairman Bilawal Bhutto-Zardari after he (Bilawal) concluded his speech.

On the other hand, Pakistan Muslim League-Nawaz (PML-N) claimed that despite Babar Awan’s statement, Speaker Qaiser assured the opposition that he would set up a review parliamentary committee on the 21 controversial bills and sought names of opposition representatives who would serve as its members.

When contacted, Information Minister Fawad Chaudhry, who had also attended the government-opposition meeting, told reporter that both sides had agreed that none of their members would speak against the parliamentary parties’ heads, especially the ruling Pakistan Tehreek-i-Insaf (PTI), PML-N and PPP.

“In fact the proposal was floated by PML-N leader Rana Tanvir that at least party heads should not be targeted during speeches in the parliament,” he said.

The minister said the opposition had violated the pact and for that he would talk to NA Speaker Asad Qaiser and ask him to contact the opposition again and remind its leaders to fulfill the commitments made during the meeting.

“Leaders of both the PPP and PML-N had assured the speaker that there would be no personal attack from their side,” Mr Chaudhry added.

Media reports said Prime Minister Imran Khan had taken serious notice of the derogatory remarks made against him by opposition members during the budget speech of Finance Minister Shaukat Tarin on June 11.

The opposition, on the other hand, claimed that during a meeting of the ruling alliance on June 12, the prime minister had asked his party legislators “not to let Leader of the Opposition Shehbaz Sharif deliver his speech on the budget 2021-22”.

When contacted, PPP leader Farhatullah Babar said Bilawal Bhutto-Zardari was surprised when Hammad Azhar made personal attacks on the PPP chief in the National Assembly on Friday.

“Mr Bilawal said when it had been agreed that the government and opposition would not spoil peace in the National Assembly, why did Mr Azhar not honour the commitment,” he added.

“When despite the agreement, the treasury benchers were continuing with their provoking speeches and gestures, Mr Bhutto-Zardari said he was confident that it was all being done intentionally on the directives of Imran Khan,” Mr Babar said.

Meanwhile, a source in the PPP quoted Mr Bhutto-Zardari as asking his party members for data on the rising population of donkeys in the country, as published in the recent Economic Survey, so that he (Bilawal) could use it during his speech on the budget.

Meanwhile, PML-N spokesperson Marriyum Aurangzeb told reporters that her party leaders had not given any commitment to the government but it was the government’s side which had floated the proposal that no party would bash each other’s chief.

“The meeting in the speaker’s office was informed that Prime Minister Imran Khan was quite angry on the opposition’s sloganeering against him during the budget session in the National Assembly,” she said, adding that the PML-N leaders had informed Mr Qaiser that if Shehbaz Sharif was personally attacked in the NA, the prime minister would get the same treatment from the opposition.

Ms Aurangzeb said the NA speaker had accepted the opposition’s demands and decided to form a committee to review the bills passed in haste on June 10, including a bill on the amendments to election laws and the right of appeal to detained Indian spy Kulbhushan Jadhav.

“But why did Babar Awan hold a press conference the very next day and said these bills would not be withdrawn,” she said.

She, however, revealed that a senior PML-N leader recently contacted Asad Qaisar on the matter and he (speaker) assured him that he would definitely form a committee to review the bills.