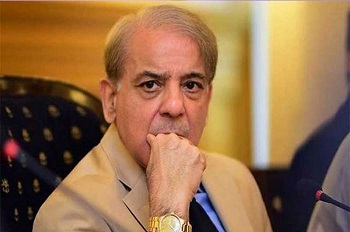 ISLAMABAD: The Prime Minister (SAPM) on Accountability Shahzad Akbar on Wednesday claimed to have unearthed 10 front companies of the PML-N president Shahbaz Sharif and his sons from where over Rs17 billion had been transferred to their bank accounts.

In a prompt reaction to the claim, PML-N spokesperson Marriyum Aurangzeb said the SAPM had come up with old “fake” cases and there was nothing new in them.

She said if Mr Akbar had any evidence against Mr Sharif then why he had not filed a case against the opposition leader in the court. She said the government and NAB should take action against those leaders of the ruling Pakistan Tehreek-i-Insaf who were involved in the recent sugar and wheat scam.

“The National Accountability Bureau (NAB) is preparing a fresh reference against Shahbaz Sharif regarding the front companies, which will be filed in an accountability court,” a senior government official said.

Addressing a press conference, Shahzad Akbar claimed that 10 front companies of the PML-N president had been detected which were in the name of some employees of the Sharif Group. “A sum of Rs1.7bn was transferred to Shahbaz Sharif and his sons through TTs (telegraphic transfers) from these benami accounts,” he added.

Giving details of these firms, the SAPM said Nisar Trading Company was formed in the name of Sharif Feed Mills’ employee Rashid Karamat Masih and an amount of Rs425 million was deposited in the company and then transferred to Mr Sharif’s account. Similarly, he added, Khan Trading Company was established in the name of Gulzar Ahmed Khan, father of one Shakeel Ahmed who was an employee of Ramzan Sugar Mills (RSM), and Rs450m was received from the account of this company.

Mr Akbar said Hayyat Trading Company was formed in the name of Khizar Hayyat, an employee of Chiniot Power Limited, and Rs1.14bn was sent from it to the account of Mr Sharif. A firm was formed in the name of Tauqeeruddin, an employee of RSM, and Rs475m was transferred from it, he added. He said Masqsood Ahmed, a peon of Shahbaz Sharif’s headquarters in Model Town, owned a firm called Maqsood and Company and an amount of Rs1.5bn was received from it.

Similarly, the SAPM said, a benami bank account was opened in the name of Azhar Abbas, an employee of RSM, and Rs350m was deposited and drawn from it. He said Sharif Group’s employees Mohammad Anwar, Ghulam Dastagir, Tanveerul Haq and Iqrar Hussain owned companies and sums of Rs880m, Rs560m, Rs210m and Rs640m were received from these firms, respectively.

“The money received by Shahbaz Sharif from these firms is said to be Rs17.4bn. All these employees of Sharif Group, owned by Shahbaz Sharif, get monthly salary ranging between Rs15,000 and Rs70,000. How millions of rupees came into their accounts,” he wondered, adding that all these front companies had been established after 2007.

The SAPM claimed that many leaders of the PML-N, contractors and real estate agents had deposited millions of rupees in the accounts of Nisar Trading Company and when approached they said the money was deposited in the party fund. He the money transferred by these companies was obtained by Shahbaz Sharif as kickbacks and for giving party tickets. He again challenged the PML-N president to file a case against him as threatened by Mr Sharif a few months ago.