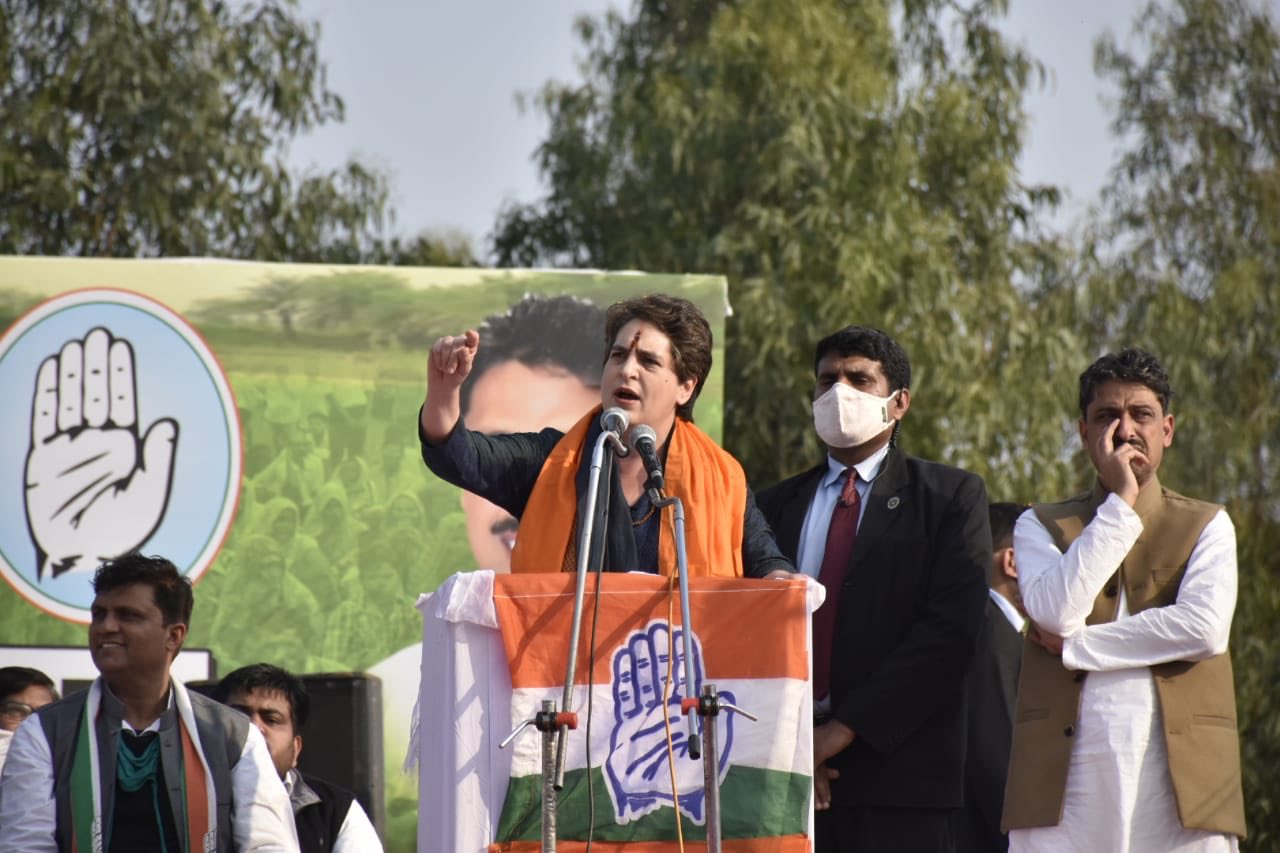 Addressing a kisan panchayat in UP’s Bijnore, the Congress leader said farmers were ridiculed in the Parliament and dubbed as traitors by ministers.

She stressed that martyrdom is a significant thing and no one has the right to raise a finger on a person who has attained martyrdom while protesting for his rights, be it the Prime Minister or any other minister.