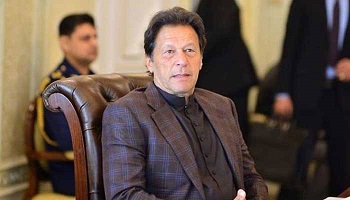 ISLAMABAD: Prime Minister Imran Khan has announced that the government is going to reopen many other businesses by further easing lockdown restrictions and said the government will implement the Standard Operating Procedures (SOPs) devised for different sectors with the help of one million Corona Relief Tiger Force (CRTF) volunteers.

“We have to open more sectors to mitigate the miseries of poor and daily wage earners by gradually easing restrictions of lockdown,” the prime minister said while addressing the CRTF volunteers along with some cabinet members on Monday.

He said that the government would formally announce reopening of many other industries and businesses, as so far the construction industry had been reopened.

However, the prime minister cautioned that the government would have to impose another lockdown if people did not follow the SOPs and there would be another spike of the deadly virus in the country.

“If after opening of more businesses the SOPs are not followed and a new spike in coronavirus cases is experienced, we will have to enforce lockdown again,” he added.

PM Khan said his UK counterpart Boris Johnson also formed a force of 250,000 volunteers to help the British government in controlling spread of Covid-19 and providing relief to the masses.

“The biggest challenge in this difficult situation is to create a balance in a way that the people can be saved from Covid-19 and the economic activities can be revived by easing lockdown restrictions,” Mr Khan said.

Mr Khan said lockdown was imposed by every country, but even the developed countries such as the UK started easing restrictions, because they were finding it difficult to feed people in their homes without jobs. He said volunteers in their respective union councils would register all those who had lost their jobs due to the government restrictions. As not everyone could register themselves, the force would reach wherever the volunteers were needed, he said, adding that the CRTF would also monitor the Ehsaas Emergency Cash Pro­gramme and give its feedback to the Centre.

He said the CRTF volunteers without having any powers and pay would assist district administrations in implementing the SOPs at mosques, industries and markets besides checking price hike due to hoardings and disseminating awareness to prevent the spread of deadly virus.

“If you see hoarding anywhere, don’t take action yourself but tell the district administration. They will take action,” he said.

In April 1998, too, Prime Minister Nawaz Sharif established Khidmat [Service] Committees (KCs). The com­mittees were established through a presidential ordinance to “take complaints from the public and intervene in problems related to most government departments”. Later, many complications occurred when KC members were accused of cheating and harassing the people at some places, while at some other places the committee members reportedly faced harassment.

Terming the CRTF a “political offshoot” of the ruling Pakistan Tehreek-i-Insaf (PTI), the Sindh government, which is ruled by the Pakistan Peoples Party, has stopped over 150,000 Tiger Force volunteers from working in the province.

The Prime Minister earlier chaired a parliamentary committee meeting of his party. He urged the PTI lawmakers in the national and provincial assemblies to vehemently take part in relief programmes being implemented by the government to mitigate sufferings of poor and daily wage earners amid Covid-19.

He also discussed the prevailing situation at the National Coordination Committee meeting on Covid-19.

Mr Khan said the government had decided to gradually lift lockdown while keeping a balance between preventive measures and economic activities. “But people have to follow the government SOPs to maintain social distancing,” he added.

Sharing the details of a CRTF pilot programme in Sialkot, the PM said 20,000 volunteers, including 403 health professionals, were successfully rendering their services in different areas, including at 3,000 mosques, 34 Utility Stores and Ehsaas centers.