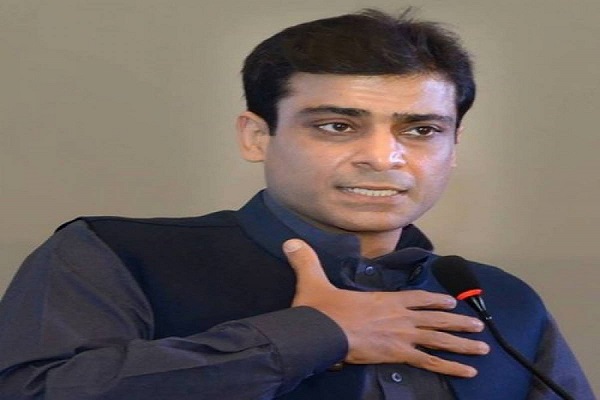 LAHORE: The Supreme Court said Saturday the July 22 election of Punjab Chief Minister is under a cloud, allowing Hamza Shehbaz to remain as a ‘trustee’ Chief Minister until the next date of hearing (tomorrow), as it heard PMLQ leader Pervaiz Elahi’s petition against Deputy Speaker Dost Mazari’s ruling rejecting 10 votes cast in the CM’s election.

The Supreme Court observed that prima facie the ruling of the deputy speaker appeared to be contrary to the provisions of Article 63-A of the Constitution and the judgment of the Supreme Court and hence the election of the Punjab Chief Minister was under cloud. Hence, Hamza Shehbaz can only exercise temporary limited powers as a trustee until Monday when the case will be heard in Islamabad.

The Supreme Court in its order also directed that Hamza Shehbaz will not use his powers for political gain and he will not take major initiatives or decisions by the next date of hearing.

Barrister Zafar explained that the elections for the Punjab Chief Minister were held on July 22, 2022, under the auspices of the Supreme Court’s judgment dated 01/07/2022 in which two candidates participated namely Pervaiz Elahi and Hamza Shehbaz Sharif. He pointed out that Pervaiz Elahi secured 186 votes out of which 176 votes belonged to the PTI and 10 votes belonged to PMLQ members whereas Hamza Shehbaz Sharif got 179 votes. Barrister Zafar claimed that under Article 130(3) of the Constitution, Pervaiz Elahi was the constitutionally elected Chief Minister. However, the deputy speaker, with a mala fide intention, instead of declaring Pervaiz Elahi as the returned Chief Minister, passed a ruling by saying that the votes of the 10 PMLQ members are not to be counted and for this purpose the deputy speaker relied on the judgment of the Supreme Court of Pakistan in CP No.2242/2022.

Barrister Zafar argued that nowhere in Article 63-A or the judgment of the Supreme Court passed in the Presidential Reference it is said that the directions can be given by the party head instead of the parliamentary party. Pointing out to the case at hand, he said that in the present instance, the parliamentary party of the PMLQ consisted of 10 members and all 10 members decided that in the election for Punjab Chief Minister, the PMLQ will vote for Pervaiz Elahi and in fact all 10 did vote for him in the election. This was the decision of PMLQ/parliamentary party and hence none of the members violated it and Article 63-A was not applicable. Yet the deputy speaker in his ruling relied on a letter from Ch Shujaat Hussain who claimed to be the party head and decided that because the directions of the party head had been violated, therefore, the decision of the parliamentary party is overruled and hence the votes of all the 10 PMLQ members are to be discarded. For this purpose the deputy speaker wrongly relied upon the judgment of the Supreme Court because it does not say that if the party head directions are violated then Article 63A becomes applicable and instead, to the contrary, decides that it is only when the directions of the parliamentary party are contravened that Article 63-A applies. He submitted that the ruling is hence unconstitutional and illegal and liable to be set aside as a consequence of which Pervaiz Elahi is to be declared as the Punjab Chief Minister.

The court after hearing Barrister Zafar passed a short order directing the deputy speaker to appear in person and explain the validity of his ruling and particularly how and why he relied upon the judgment of the Supreme Court for the same. The court also said that the case involved not the interpretation of the law but rather whether the Deputy Speaker has correctly understood the judgment of the court. Notices were also issued to the Advocate General and Attorney General and the case was fixed for 2pm. The bench further directed the deputy speaker to come up with election record of the Punjab Assembly.

Meanwhile, the court also issued notice to Hamza Shehbaz and Punjab chief secretary. As the hearing resumed after 2pm, CJP Bandial asked Deputy Speaker Sardar Dost Muhammad Mazari’s counsel Irfan Qadir to read the specific part of the SC order following which the deputy speaker gave his own ruling and rejected the votes.

“You are the most senior lawyer and you will be fully aware of wherefrom the deputy speaker assumed it that the real essence of the Supreme Court’s ruling is that what he (deputy speaker) is saying,” the CJP remarked.

Irfan Qadir replied: “He is new one and two hours old only he places the details before the court.”

CJP Bandial remarked: “We are also two hour’s old and want you to read the order.”

Justice Ijazul Ahsan said what will be results if the deputy speaker understands the things wrong.

Irfan Qadir said he is not aware whether or not it has been brought. What specific you want to examine from the record, the counsel asked the CJP.

CJP Bandial said we want to see the letter which was in deputy speaker’s hands.

The CJP said that under Article 63(1) A, the parliamentary party has been given a separate identity, therefore, the court wants to see the letter. The court says if order of party head be followed then it means dictatorship should be formed in the party.

The CJP remarked that the country is passing through a critical phase so all the parties should come forward to resolve the issues. Party head’s dictatorship was eliminated through parliamentary party, the CJP remarked. We will not take this matter long, we will continue watching the CM’s Office so the CM will not make major decisions or initiatives.

The court in its order stated that to our mind both the Constitutional provisions and our interpretation thereof in paragraph 3 of the short judgment, parliamentary party to be binding on the members of the parliamentary party in the case where vote is to be cast , inter alia, for election to the office of Chief Minister.

The bench adjourned the proceedings until July 25 with a direction that the next proceeding will be held in Islamabad.