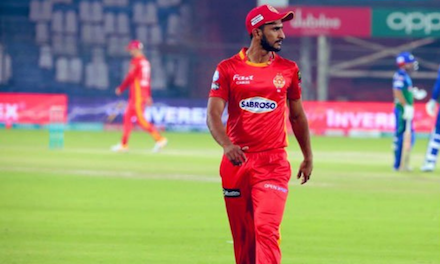 “I want to say to all Islamabad United fans, unfortunately, due to personal reasons I have to pull out of the remaining PSL matches,” Hasan was quoted as saying in United’s statement.

“Some things are more important than cricket and nothing is more important than family. I am thankful to Islamabad United for their support and understanding. This team truly is a family that stands with you through thick and thin. I wish the team very best of luck for the remaining PSL matches.”

United captain Shadab Khan said absence of Hasan will be a huge loss, but the franchise understood the fast bowler’s “situation right now”.

“He will obviously be a huge loss to our team and the tournament, but some things are more important than cricket. At Islamabad United, we have always looked after each other like a family and we will continue to do so,” Shadab said.

Hasan has been the key bowler for United this season, grabbing 10 wickets in six games at an impressive average of 14.