HED extended closure of colleges-universities in 23 districts of Punjab 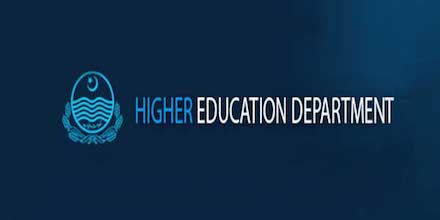 LAHORE: The Punjab Higher Education Department (HED) on Saturday extended closure of colleges and universities in 23 districts of the province due to increase in the number of coronavirus cases.

It further states: “Colleges in the remaining areas will follow staggered attendance schedules while all the authorities concerned shall ensure the observance and compliance of Covid-19 SOPs in letter and spirit.”

However, the status of opening and closure of colleges would vary on the basis of a seven days rolling average of the positivity rate issued by the Primary and Secondary Healthcare Department.

The public and private educational institutes in the remaining districts will be opened on staggered basis.

Meanwhile, the Punjab School Education Department (SED) also issued a notification of opening of the schools in 16 districts of the province.

According to the notification, “Pursuant to the decisions taken in the meeting of National Command and Operation Centre (NCOC), all public and private educational institutions/ schools in Punjab in following districts are re-opened from May 24 unless the list of districts is modified otherwise.

It further states all the authorities concerned shall ensure the observance and compliance of Covid-19 SOPs in letter and spirit. The schools shall open for four days in a week.

The government had decided to open the educational institutions in the districts with less than five per cent coronavirus positivity rate from May 24.

In another tweet, the minister said: “After detailed discussions over a couple of weeks with (Punjab minister for Health) Dr Yasmeen Rashid and Health Department Punjab, our teachers in Public & Private sector will be vaccinated on a priority basis. Our teachers are frontline workers that need our full support.”

Punjab Minister for School Education Murad Raas also tweeted the notification and said all public and private schools of Punjab in the following districts would be open for four days a week.

It further states: “Schools will be allowed to call students on alternate days with 50 per cent attendance starting on Monday. Remaining districts will be decided in the next meeting and directed to ensure implementation of coronavirus SOPs.”