I don't own a single share in my sons’ sugar business: Shehbaz Sharif 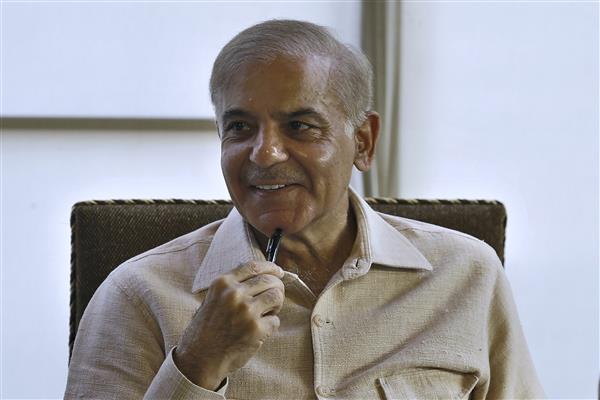 LAHORE: Prime Minister Shehbaz Sharif on Saturday told a special court (central-I) that he did not own a single share in his sons’ sugar business, and was implicated in ‘baseless’ cases on political grounds.

The PM and his son, Punjab Chief Minister Hamza Shehbaz, appeared before the court in a Rs16 billion money laundering case of the Federal Investigation Agency (FIA) wherein their pre-arrest bails were confirmed.

Before the proceedings, strict security arrangements were ensured by the police outside the court.

During the hearing, PM Shehbaz sought permission from the court to speak, saying he wanted to narrate some “facts” about the case against him. He was of the view that the entire case of the FIA was based on the same allegations levelled by the National Accountability Bureau (NAB) in its reference, which was already pending before a trial court.

He said the NAB instituted references of misuse of authority in Ashiana Housing Scheme and Ramzan Sugar Mills, but failed to produce any evidence against him, leading to his bail by the Lahore High Court and the prosecution being taken to task.

Further assailing the accountability bureau, Shehbaz said it approached the Supreme Court against his bail, but had to withdraw its petitions after the apex court asked it about proof of the alleged corruption. The PM narrated he was already in jail in connection with NAB cases when an FIA team visited him twice for interrogation. The trial court then repeatedly reprimanded the agency for delaying submission of the investigation report in the case. He also alleged the FIA kept delaying its report only to find ways to arrest him.

Rebuffing the charges of money laundering against him, the prime minister said had he wanted to commit corruption he would not have caused financial losses to his family business by disallowing subsidies for the sugar industry during his stint as the chief minister.

He maintained his government imposed a levy on the production of ethanol despite resistance from the sugar mills, including those owned by his sons. The successive government of the Pakistan Tehreek-i-Insaf withdrew the levy.

Asked about his position in the sugar business of his family, the prime minister told the court he did not hold any office or even a single share in any business. “Heavens may fall, but they cannot prove corruption of a single penny against me,” Shehbaz asserted before the court.

Earlier, an investigating officer told the court that neither present nor the previous investigation team sought the arrests of Shehbaz or Hamza. The verbal statement of Special Prosecutor Farooq Bajwa before the court seeking custody of the suspects was contrary to the case record.

The officer also submitted a report about non-service of arrest warrants against three proclaimed offenders, including Suleman Shehbaz, Tahir Naqvi and late Malik Maqsood Ahmad. He reported that Suleman and Naqvi were not available on their given addresses as they absconded abroad, while relevant authorities had been contacted for the verification of the death of Maqsood alias Maqsood ‘Chaprasi’ in Dubai.

Prosecutor Bajwa said the FIA had written a letter to the International Criminal Police Organisation to verify media reports about the death of Maqsood. He also reiterated his stance against the bail petitions of the suspects, saying the new prosecution team did not change even a single word in the investigation report filed by the previous government.