I have no personal enmity with Pervez Musharraf: Nawaz Sharif 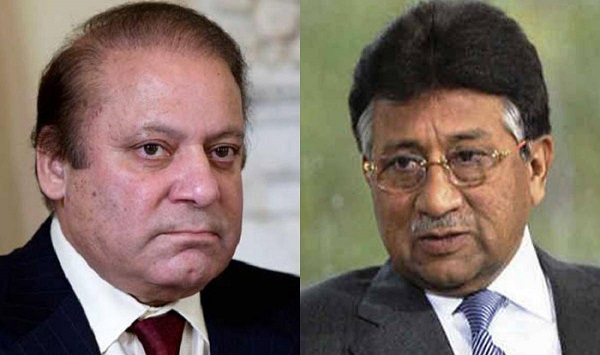 LONDON: Nawaz Sharif on Tuesday called on the government to facilitate his one-time political adversary and former military ruler Pervez Musharraf's return to Pakistan from UAE on account of his poor health.

"I have no personal enmity or animosity towards Pervez Musharraf. I don't want anyone else to suffer the traumas I have had to endure for my loved ones," said Nawaz, who like Musharraf, has spent the past few years in self exile.

Their relations had frayed in 1999 when Nawaz was the prime minister and his government was overthrown by Musharraf — the then army chief.

Musharraf's family had clarified on Friday that he was not on a ventilator but had been hospitalised for the last three weeks.

The family had issued the statement after false news of his demise started circulating on social media after some Pakistani and Indian publications carried it.

The retired general's illness came to light in 2018 when the All Pakistan Muslim League announced that he was suffering from the rare disease amyloidosis.

Earlier today, Inter-Services Public Relations Director General Major General Babar Iftikhar confirmed that Musharraf's family was in contact with the military regarding his mooted return to Pakistan. He said that Musharraf's return to Pakistan from UAE was a decision for his family and doctors to make. "The institution and its leadership have the stance that he should come back," he said.