IHC sought report from FIA on SOPs of cybercrimes law 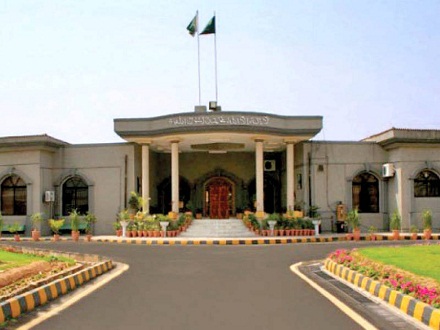 ISLAMABAD: The Islamabad High Court (IHC) on Friday sought a report from the Federal Investigation Agency (FIA) on the implementation of standard operating procedures (SOPs) to stop misuse of the cybercrimes law and directed the agency to consult representative organisations of journalists on the matter.

The directive came as IHC Chief Justice Athar Minallah resumed the hearing of a case against successive notices issued by the FIA’s cybercrimes wing (CCW) to the citizens, especially journalists.

The additional attorney general informed the court that the CCW had received 22,877 complaints under the Prevention of Electronic Crimes Act (Peca), out of which 30 complaints were filed against journalists.

Justice Minallah advised the investigation agency to dispel the impression that journalists are targeted over criticism of the government and institutions.

He, however, said that uploading of hate material should be discouraged.

Justice Minallah asked the FIA to take on board the Pakistan Federal Union of Journalists (PFUJ) and other stakeholders to implement the SOPs to make sure that Peca was not misused.

Referring to FIA’s proceedings against a journalist, the chief justice pointed out that the CCW summoned him and inquired about sources of his information. “Is this a police state? It never happens anywhere in world,” he regretted.

“One should not be afraid of criticism since it is essential to ensure accountability,” observed Justice Minallah. He said that in case someone felt humiliated through some social media uploads, he/she may file a defamation suit or opt for other legal course for redressal of his/her grievance.

Justice Minallah also referred to the case of Pakistan Tehreek-i-Insaf lawmaker Kanwal Shauzab in which the FIA summoned a citizen without even understanding the nature of the issue. “Such officials should have been penalised,” he said.