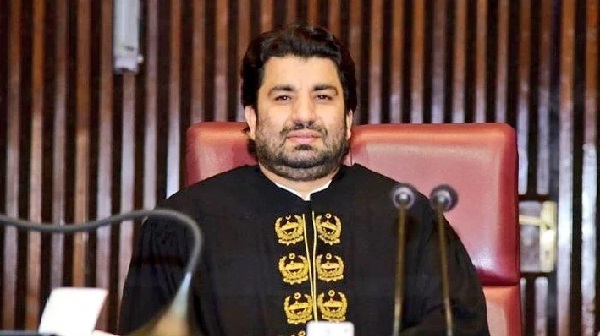 ISLAMABAD: While former prime minister and chairman PTI Imran Khan on Thursday approached the Supreme Court with a plea to recall its setting aside of the April 3 ruling of then deputy speaker of the National Assembly Qasim Suri on a no-trust move the apex court held contrary to the Constitution, President Dr Arif Alvi wrote to the chief justice of Pakistan requesting him to form a judicial commission to conduct open hearings and probe the allegations of a conspiracy to engineer regime change.

In its April 7 short order, the SC had declared that the no-trust resolution against former PM Khan be considered as still pending, therefore in case of a no-confidence motion, the former prime minister could not advise for the dissolution of the National Assembly.

Moved through advocates Imtiaz Rashid Siddiqui and Faisal Hussain Chaudhry under Article 188 of the Constitution a provision that empowers the top court to revisit its earlier directions the fresh petition argues that the short order was full of errors.

The petition argued that the apex court had erred for not appreciating Articles 66, 67 and 69 of the Constitution read with Article 248 which bars the superior court from interfering in the proceedings of parliament.

These institutions are not subordinate and answerable to the jurisdiction of the SC due to the unequivocal bar of jurisdiction contained in the constitutional provisions, the petition argued.

While issuing the short order, the petition pleaded, the SC did not appreciate the mandate of the Constitution which ensures that parliament as well as the president and the prime minister were not answerable in exercise of their functions in the discharge of their constitutional obligations.

Thus the entire jurisdiction exercised by the apex court on April 7 is in violation of Article 175 of the Constitution, the petition emphasised.

Meanwhile President Dr Arif Alvi on Thursday wrote a letter to Chief Justice of Pakistan Umar Ata Bandial requesting him to form a judicial commission, chaired preferably by himself (the CJP) to conduct open hearings and thoroughly probe the allegations of conspiracy to engineer regime change in order to avert political and economic crises in the country.

According to the Presidency, Dr Alvi, underlining the importance of constituting the commission, said that “a serious political crisis was looming in the country and major polarization was taking place in politics, in the wake of recent events, as well as among the people of Pakistan”.

He emphasised the need for collective duty of all institutions to make utmost efforts to avert damaging consequences to the country and prevent further deterioration.

The president pointed out that the SC, in the past, had taken initiatives to constitute judicial commissions in matters of national security, integrity, sovereignty and public interest.

He said there seemed to be a political consensus in the country as, according to press reports, Prime Minister Shehbaz Sharif had also expressed a desire for establishing a commission.

The president said in world history there existed myriad examples of regime change operations through conspiracies which were later confirmed by the declassification of top-secret documents. He lamented that it happened much later after the destinies of these countries had been significantly damaged by these illegal interventions.

“I am of the strong opinion that even recorded circumstantial evidence can lead the way towards some conclusions, based not on technicalities of law but in the real spirit of justice,” Dr Alvi wrote in the letter.

“The judicial commission should conduct an in-depth and thorough investigation into what may or may not have been planning and preparation, starting before or following the covert threat, in the form of a possible conspiracy for regime change in Pakistan,” President Alvi wrote.