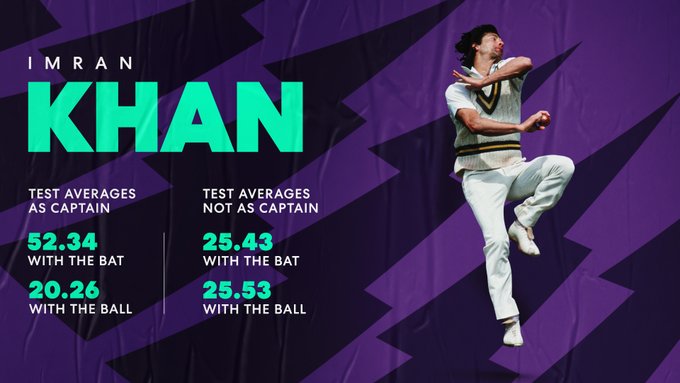 According to details, Imran Khan was declared best captain with 47.3% votes and #ImranKhan trending top on twitter.

The international cricket body said that for these four players ‘the captaincy stood out for them and became a blessing for them’. It added that for these players the averages improved when they became leaders of their dressing room.