Injustice anywhere is a threat to justice everywhere: Bella Hadid 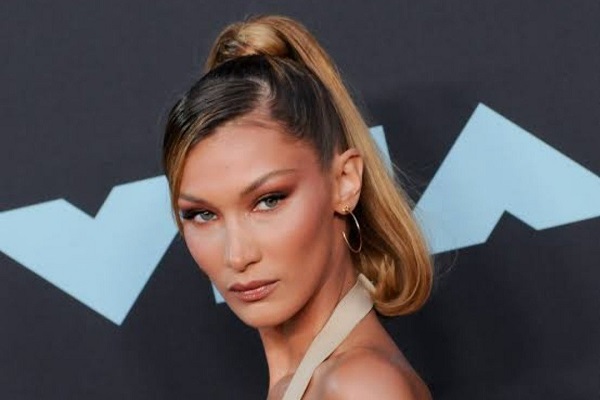 “Injustice anywhere is a threat to justice everywhere,” the model captioned a screenshot of a note she posted on her Instagram.

"Question yourself, question how quietly you moved around other injustices, the footprint we leave here will be the clearest one we've left in a long time," the model said talking about the impact we have. "If this is your first time realising a war in some years, you're not of the world." She said war, along with the position we take during it, is forever.

Hadid said we should always speak up when we feel encouraged to, but she believes the most transformative speech comes from discomfort, "when air has to break to make room for your voice." The model said that if the American president is defending a liberation movement, there's no risk in joining that defence. "There's little glory in joining a war monger to point at another war monger."

She talked about Ukraine saying "nothing should undermine the magnitude of their suffering, of the violence against them" but it's not just about justice, it's also about who is at the receiving end of injustice. She highlighted that "the way we've failed to uphold it elsewhere dictates this. Our lack of tools here is a result of our neglect elsewhere."

Hadid said that the language we use to define oppression "cannot favour one victim over another." She picked on a point that's been circulating on social media ever since the conflict in Ukraine started — how many such conflicts have been ongoing for decades in Muslim nations but they get no attention. "How many Muslim nations aflame? Invasions by the west, merciless drone strikes, executions, internment camps in China? How much of Palestine, how little of Palestine left?" the model asked.

Last month, CBS News senior correspondent in Kyiv Charlie D’Agata made a very problematic comment regarding the conflict in Ukraine as opposed to those in third world countries. “This isn’t a place, with all due respect, like Iraq or Afghanistan that has seen conflict raging for decades. This is a relatively civilised, relatively European — I have to choose those words carefully, too — city where you wouldn’t expect that, or hope that it’s going to happen.”

D’Agata's comments were met with backlash online after his statement went viral — racking up more than 1.5 million views on Twitter — and were swiftly condemned as racist and historically inaccurate. This led to him issuing an apology on the broadcaster’s streaming network on Feb 26. “I spoke in a way I regret, and for that I’m sorry,” he said, adding that he was trying to convey that Ukraine hasn’t seen “this scale of war” in recent years, unlike other countries.

Racist comments like this are exactly what the model was referring to — if the world starts categorising injustice according to how "developed" the country is, it is not about injustice at all, it becomes a political decision where it's about helping someone who can help you in return. It should be about helping the oppressed and fighting injustice of any kind.

Hadid recently spoke up against the discrimination against hijab wearing Muslims amidst the hijab bans in countries like India and France, urging governments to stop dictating women's choices and what they can wear.

Hadid said in 2017 that she identifies as a "proud Muslim" and made sure to stand up for her "Muslim sisters." She has been very vocal about Islamophobia and the rights of Palestinians as well. She and her sister Gigi posted about Palestinian oppression and condemned silence on attacks in Palestine.