Inzamamul Haq admitted in hospital due to heart attack 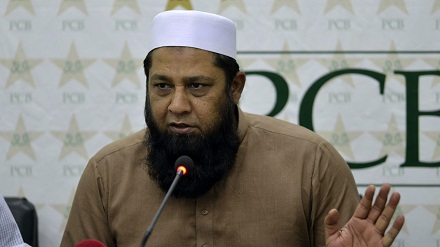 LAHORE: Former Pakistan captain and ex-chief selector Inzamamul Haq was admitted to a hospital in Lahore after suffering a heart attack, it emerged late on Monday.

Speaking to Dawn.com, his agent said that the 51-year-old had been brought to the hospital after experiencing heart pain.

He said that the cricketer had undergone an angioplasty and had a stent put in. The agent, who asked to remain anonymous, said that Inzamam was stable and under observation.

He said that were hopeful that he would be discharged soon.

The news of the cricketer's ailing health started trending on Twitter and citizens, as well as sporting stars, were quick to wish him a speedy recovery.

Wicketkeeper-batsman Mohammad Rizwan called Inzamam a "legend" and the "pride of Pakistan".

Commentator Harsha Bhogle wished hoped he would recover completely and remain a part of cricket for "many, many years".