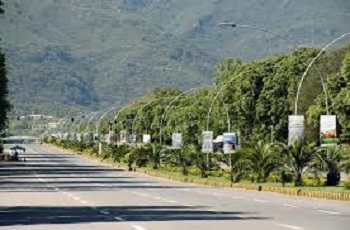 ISLAMABAD: The district administration of Islamabad on Thursday sealed two residential areas of Sector I-10 after cases of Covid-19 were confirmed among residents there. According to a notification, the district magistrate ordered that Sectors I-10/1 and I-10/4 are to be sealed, and also requested deployment of Islamabad Police and Rangers to cordon off the said areas to ensure public safety. On April 28, with 36 new cases reported, the capital saw the single biggest increase in its Covid-19 tally since the outbreak began.

Another 16 cases were reported a day after (Apr 29), bringing Islamabad’s total number of cases to 313. Capital administration and police reportedly said that teams involved in surveillance to prevent the spread of the coronavirus in Islamabad have noticed social distancing is not being practised in shops that have opened with the capital administration’s permission. Large crowds were seen in markets and shopping centres, which is alarming, they said. According to these officials, Bhara Kahu, Tarlai and I-10 are the capital’s Covid-19 hotspots. The government has been warning people about the virus spreading faster during Ramazan. The latest warning came from Special Assistant to the Prime Minister on Health Dr Zafar Mirza on Saturday.