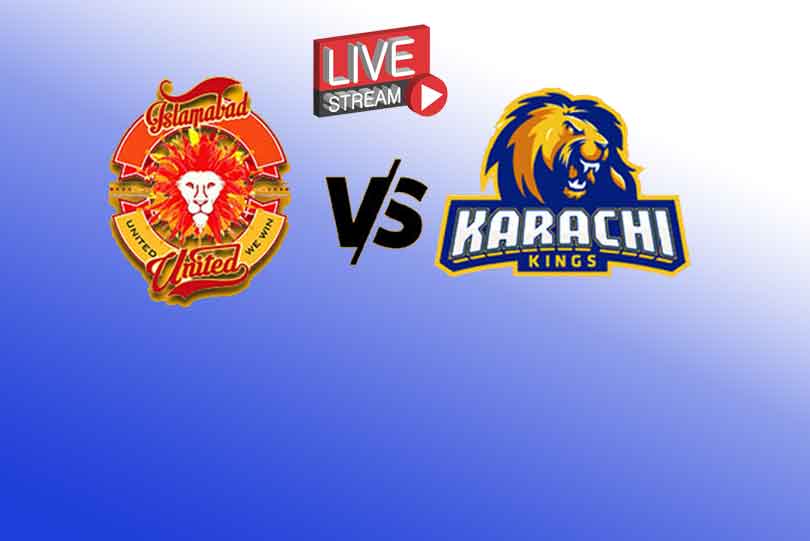 KARACHI: Karachi Kings paid heavily for an outrageous fielding effort which enabled Islamabad United to clinch an emphatic eight-wicket victory over the defending champions in their HBL Pakistan Super League 6 fixture at the Sheikh Zayed Stadium in Abu Dhabi on Monday night.

Cashing in on a series of horrendous lapses, Islamabad rode on an unfinished partnership of 151 in 79 deliveries between Colin Munro (88 off 56 balls, 12 fours and two sixes) and player-of-the-match Iftikhar Ahmed (71 off only 39 balls, five sixes and five fours) to confirm a spot in the playoffs after six wins in eight matches.

Karachi, on the other hand, are now left sweating with just three victories from seven games after losing both their fixtures in Abu Dhabi — their other loss was against Multan Sultans on Thursday.

For the second time this year, they were again humbled by Islamabad chasing a 190-plus target (back in February during the Karachi leg, they had chased down 197).

Despite being derailed early on when Usman Khawaja and PSL debutant Mohammad Akhlaq went cheaply, Islamabad showed tremendous resilience, just as they did versus Lahore Qalandars on Sunday. Munro and Iftikhar saw them over the line at 191-2 with eight balls to spare.

Munro earned a reprieve on 34 when Waqas Maqsood dropped a dolly off the unfortunate Abbas Afridi. The New Zealand left-hander also escaped being dismissed on 69 and indulged in a spat with Karachi captain Imad Wasim over a legitimate no-ball ruling after getting caught off a high full toss.

During the Karachi innings, scintillating knocks by Babar Azam and Najibullah Zadran propelled their side to 190-4 after Shadab Khan chose to bowl.

Babar continued his magnificent form with another master class as Pakistan’s all-format skipper hit 81 from 54 deliveries. His knock was laced with seven fours and three sixes.

Babar received good support from a belligerent Najibullah as the Afghan left-hander bludgeoned 71 off just 42 balls with the help of five fours and four sixes.

Islamabad seemed to have run out of ideas about how to stem the flow of runs as the third-wicket partnership yielded 117 in 69 deliveries. Mohammad Wasim, who has emerged as an exciting prospect, had a forgetful evening after he gave away 51 runs from his four overs.