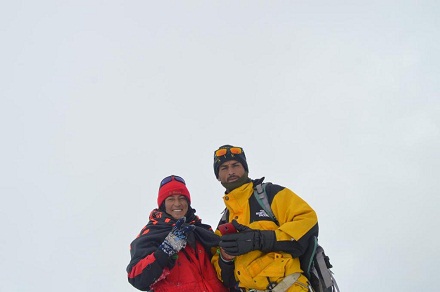 A three-member family expedition team, including a teenage girl, had started the adventure without any sponsors on August 27. According to Baltistan Tour Operators Association, the family team raised the Pakistani flag atop the peak on Thursday.

Ms Amina has become the first female mountaineer from Shigar to climb the peak.

According to family sources, Ms Amina and her brother had climbed any peak first time in their lives, but their father was an experienced climber as a high altitude porter he had summited many peaks in the past.

Ms Amina and her brother had got training from their father for the summit.

After successful summit, the family arrived back in Shigar on Saturday to the warm welcome by the residents. The family was then taken to their native Hyderabad village in a rally.

Amina Shigri said she had dedicated the feat to national hero Mohammad Ali Sadpara. She said she intended to raise the Pakistani flag atop the world’s second highest peak K2 in near future.