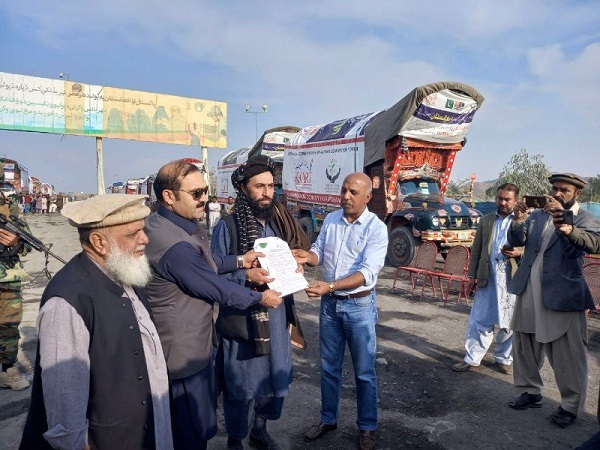 PESHAWAR: The Khyber Pakhtunkhwa government has sent medical teams to Khost province of Afghanistan to provide relief to the victims of earthquake in the war-stricken country.

Another team formed by Provincial Doctors Association (PDA) is set to go to the earthquake-affected provinces of Khost and Paktika and help the patients there, according to Dr Zubair Zahir, the president of the association.

He said that 60 doctors, including specialists in different medical disciplines, volunteered their services to extend assistance to their Afghan brethren in those trying times.

“The teams will be visiting the nearby provinces on the direction of the provincial government. There are also 30 Afghan medical students, studying in Khyber Pakhtunkhwa-based medical colleges, who have also expressed willingness to be part of the medical teams,” said Dr Zubair. He said that specialists of orthopaedic, children and psychiatry besides physicians and surgeons were part of the team.

“We request the health department to properly relive the doctors from their duty places so they can proceed and start relief activities in Afghanistan,” he said. He also asked the provincial government to make immediate arrangements for logistic support, including medicines and vehicles, so they the teams could reach there.

Ealier, a medical team of the provincial government left for Afghanistan via North Waziristan tribal district.

“We have sent a 20-member team to the neighbouring Khost province to give medication to the people hit by earthquake,” Dr Shamsur Rehman, additional district health officer of North Waziristan, told Dawn.

He said that the team consisted of doctors, paramedics and members of the Rescue 1122. They would arrange camps in the earthquake-hit areas of Afghanistan and would refer the critically-wounded people to the hospitals of Khyber Pakhtunkhwa.

“On Thursday, we received a nine-year-old child with brain haemorrhage who was referred to Khalifa Gul Nawaz Hospital in Bannu for further treatment. The child, who belongs to Khost, has sustained injuries. We are also prepared to take more patients from across the border and all hospitals in the district have been put on high alert,” said Dr Shams.

He said that a camp was also established in Lawar Mandi area to receive patients as most people also needed support to safeguard them against diarrhoea, dysentery, dehydration and food and water-related ailments.

Kamran Khan Bangash, the provincial minister for higher education, said in tweet that Chief Minister Mahmood Khan ordered sending medical teams to provide assistance to people in Afghanistan after the earthquake killed about 1,000 persons and injured 1,500 others.

The chief minister said that it was the right of the neighbouring Afghan people to be helped in those hard times. He said that every effort would be made to extend all possible support to the people affected by the natural disaster, the minister tweeted.

Meanwhile, Dr Khateer Ahmed, the director of Rescue 1122, in a statement said that ambulances along with the staff were sent to the Afghan borders including Torkham and Ghulam Khan to receive people and shift them to local hospitals.

‘The ambulances are equipped with emergency medicines and equipments to transport the patients for onward medication,” he said.

Also, five-truck loaded with food and non-food items and first-aid articles were dispatched to Afghanistan via Ghulam Khan border in North Waziristan. On the occasion, the provincial minister for relief and rehabilitation, Mohammad Iqbal Wazir, said that two helicopters and other consignments were also being sent to the affected areas to speed up relief work.