LHC to hear plea of Maryam Nawaz on Feb 18 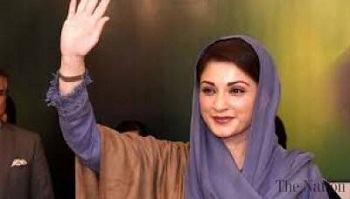 A three-member bench headed by Justice Ali Baqir Najfi will hear the case. On Saturday, the Lahore High Court (LHC) had constituted a new bench for the hearing of the Maryam Nawaz’s plea to strike down her name from the ECL after the bench, hearing the case earlier, was dissolved.

The PML-N leader in her petition said that the LHC had ordered the federal cabinet to decide on removing her name from the ECL but it decided not to remove her name from the no-fly list. She pleaded that her father Nawaz Sharif’s health was deteriorating and he was under medical treatment out of the country. “Being his daughter his care is my responsibility,” the PML-N leader said.

She pleaded to the court to issue an order for removal of her name from the ECL and returning of her passport. Pakistan Muslim League-Nawaz (PML-N) President Shehbaz Sharif on Feb 5 said that Nawaz Sharif’s health situation was still critical and they had to change the treatment procedures twice owing to the absence of his daughter Maryam Nawaz. He said that Maryam Nawaz should have been with Nawaz Sharif at that moment but she is not allowed to travel abroad to meet her ailing father. “Nawaz’ current health condition is critical owing to complex and deadly diseases faced by him,” the PML-N leader said.