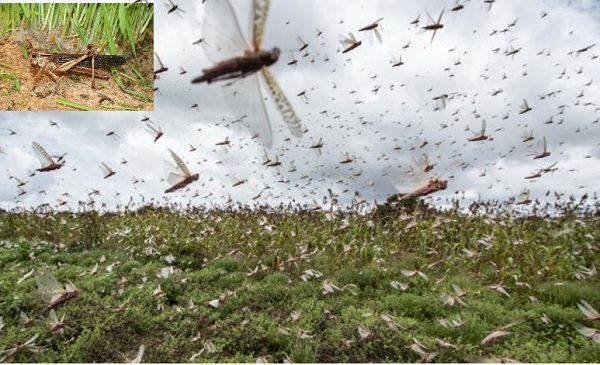 MUZAFFARGARH: Locust attacked crops in different areas of Punjab. Massive damage to crops and orchards in Khanewal, Muzaffargarh and Alipur.

Thousands of acres of cotton, millet and other crops and mango orchards in Muzaffargarh district  severely damaged due to locust attack.
The farmers have demanded of Punjab Chief Minister Sardar Usman Bazdar to the district a disaster area and provide financial assistance to the farmers so that they can feed their children.

The Ministry of National Food Security and Research recently announced that it had decided to declare a national emergency over locusts attack in parts of the country .