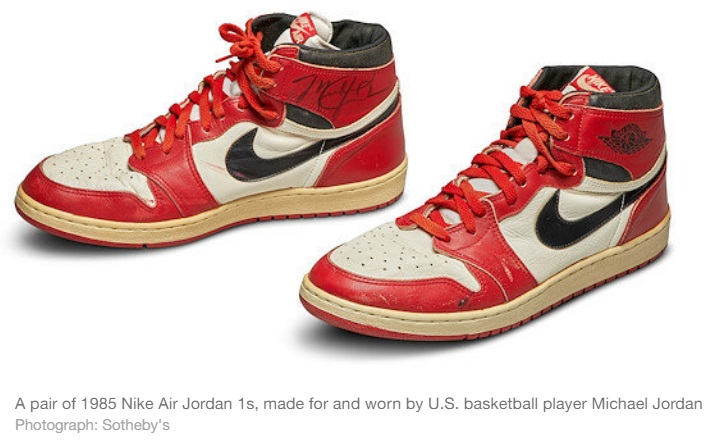 NBA legend Michael Jordan's game-worn Nike Air Jordan 1s from 1985 were sold for $560,000 on Sunday, setting a new world auction record for a pair of sneakers.

The sneakers, designed by Peter Moore, were sold by London-based auctioneers Sotheby’s.

Jordan wore the Air Jordan 1 , one of the most iconic designs in the history of both streetwear and basketball , in 1984 and 1985, as well as modified versions in 1986, Sotheby’s said on its official website.

Featuring the Chicago colorway, "in 1984, Nike gave Michael Jordan his own signature line of shoes and clothes, which was pivotal in Michael agreeing to sign with Nike," it said.