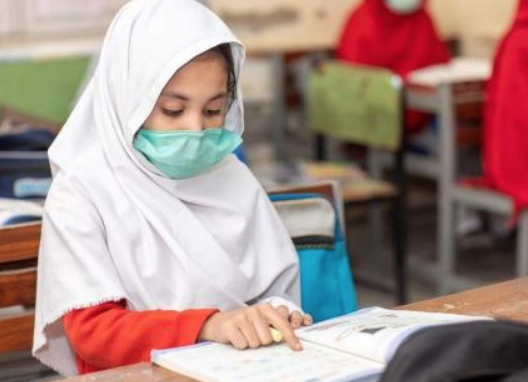 ISLAMABAD: In its fight against Covid-19, Pakistan has achieved another milestone by fully vaccinating 70 per cent or 7.9 million students, aged between 12 and 17 years, in just six months.

Talking to reporters, spokesperson for the Ministry of National Health Services Sajid Shah said the decision to vaccinate all the 11.3 million students in that age group on a priority basis was taken after it was observed that they did not develop complications but were infecting elder members of their families.

Mr Shah said the targeted vaccination drive was launched on September 1. Since Special Assistant to Prime Minister on Health Faisal Sultan and Federal Minister for Planning and Development Asad Umar were eager to achieve the milestone, the target of vaccinating 70pc students was achieved within six months, he added.

The official said 9.7 million (86pc) students had already received at least one shot of Covid-19 vaccine.

The NCOC also had announced that booster dose would be made mandatory in coming days by making it part of routine immunisation.