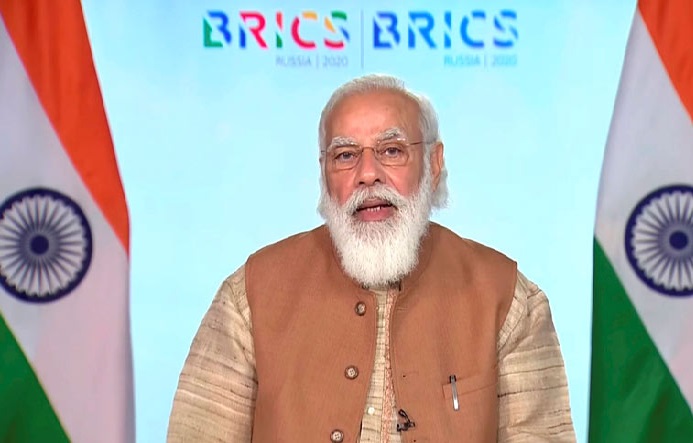 China is hosting the summit in its capacity as its chair of the grouping for the current year.

The meeting is significant from Indian perspective as Mr Modi will be sharing the platform with Russian President Vladimir Putin and his Chinese host despite ongoing tensions on the Sino-Indian borders.

“At the invitation of President Xi Jinping, Prime Minister Narendra Modi will be attending the 14th BRICS Summit hosted by China in virtual format on June 23 and 24. “This includes a high-level dialogue on global development with guest countries on June 24,” the MEA said in a statement.