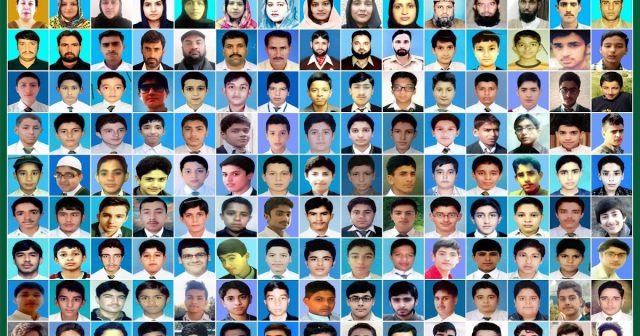 ISLAMABAD: The federal government on Thursday sought a month’s time from the Supreme Court to submit a comprehensive report in the Army Public School (APS) Peshawar attack case.

This is the second application the government has submitted seeking time, as initially it was supposed to submit the report, signed by Prime Minister Imran Khan, by Dec 10, but due to the approaching anniversary of the tragic attack on Dec 16, the government avoided furnishing the report.

The fresh application submitted to the Supreme Court through Additional Attorney General Chau­dhry Aamir Rehman states that the four-member cabinet committee con­stituted by the prime minister met the parents of martyred APS children recently to hear their grievances, as suggested by the apex court.

But the parents expressed the desire to meet the team again and a second meeting is being scheduled and, therefore, the court should grant four more weeks for furnishing the report.

Attorney General of Pakistan (AGP) Khalid Jawed Khan or his nominee and additional secretaries of defence and interior divisions may also have to attend the committee meetings as special invitees.

At the last hearing on Nov 10, a three-judge Supreme Court bench headed by Chief Justice Gulzar Ahmed had ordered that the parents of the martyred APS children be heard within four weeks (till Dec 10), and a report signed by the prime minister placed before the apex court for consideration.

The fresh application was moved under Order 33 Rule 6 of the Supreme Court Rules 1980 for extension of time.

In its last order, the Supreme Court had noted that the premier made a statement before it that the federal government was conscious of its responsibilities and taking all possible steps and actions to ensure the bereaved parents got proper justice and those who were responsible for the attack or failed to perform their responsibilities were taken to task and dealt with in accordance with the law.

Moreover, the AGP had made a statement before the apex court that the federal government would ensure that all the culprits and those who did not perform their duties that led to so much bloodshed were dealt with, the order had stated. The parents were unable to accept the deaths of their children and squarely blamed certain individuals for dereliction of duty, it added.

The earlier order of Oct 20, 2021 had recalled how the mothers of the deceased children complained that no first information report had been registered against those responsible for ensuring security of the APS Peshawar.

They further said the people sitting in high offices had not been taken to task nor were they held responsible for neglecting their duty that resulted in the death of 147 schoolchildren.

The mothers complained that the then army chief Raheel Sharif, interior minister Chaudhry Nisar Ali Khan, Khyber Pakhtunkhwa chief minister Pervaiz Khattak, Peshawar corps commander Hidayatur Rehman, Inter-Services Intelligence director general Lt Gen Zaheerul Islam and interior secretary Akhtar Ali Shah were at the helm of affairs and ought to have known about the incident but neglected in the performance of their duty to the extent that the schoolchildren were massacred.